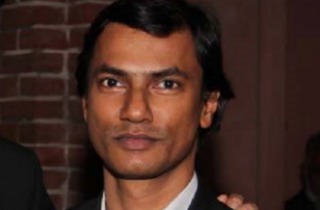 In the latest act of violence against human rights activists, a division of al-Qaeda is claiming responsibility for the brutal murder of an American government affiliate who also served as editor on Bangladesh’s first pro-LGBT magazine.

Xulhaz Mannan was the senior editor of Roopbaan who also worked in the poverty prevention branch of the U.S. Agency for International Development. Officials from Dhaka reported last night that he and his friend Tanay Majumder were killed after an extremist gang posed as delivery men before storming his apartment and hacking them both to death. Two others were also injured.

“He was the kind of person willing to fight for what he believed in, someone ready to stand up for his own rights and the rights of others,” USAID Administrator Gayle Smith said in responding statement. “Today, USAID lost one of our own.”

Ansar-al Islam, an al-Qaeda affiliate in the region, circulated a message online that claimed responsibility for killing “pioneers of practicing and promoting homosexuality in Bangladesh.” Mohammad Iqbal, the head of the local police station, said that the five or six attackers were armed with knives and guns, and an investigation is underway.

“I am devastated by the brutal murder of Xulhaz Mannan and another young Bangladeshi,” said Marcia Bernicat, the American ambassador to Bangladesh. “We abhor this senseless act of violence and urge the government of Bangladesh in the strongest terms to apprehend the criminals behind these murders.”

Homosexual relations are still a criminalized social taboo in the country, and Mannan and Majumder’s deaths come after a series of murders and intimidations against the country’s moderates and secular activists.

Watch a report on the story in the video above, via Wall Street Journal.