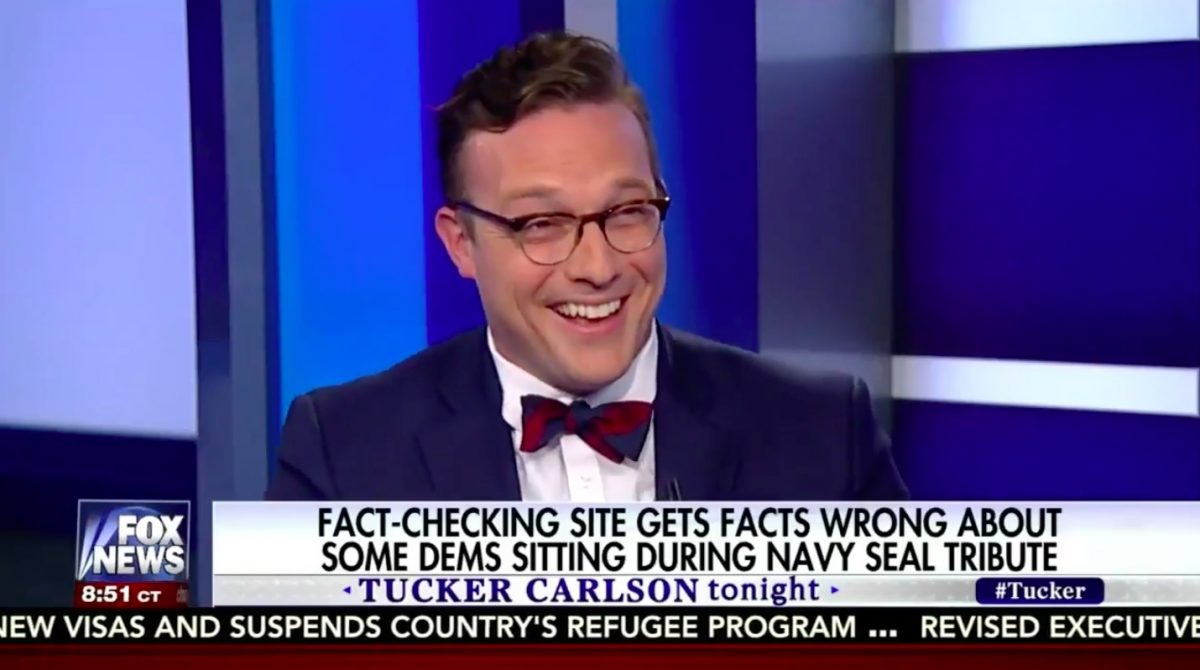 “Benny is bringing his humor, wit, and creative force of nature to Turning Point USA as our new Chief Creative Officer. It’s a natural partnership and we could not be more thrilled,” TPUSA founder Charlie Kirk said in a statement to The Hill.

The 32-year-old serial plagiarist joined the Daily Caller after being fired from BuzzFeed for dozens of instances of plagiarism and caught copying content without attribution while at the Independent Journal Review, where he was eventually forced out as well.

Fittingly, Johnson’s new boss Kirk is guilty of plagiarism himself — no less against his newly hired creative director.

Last October, during the height of the Kanye West MAGA hysteria, Johnson posted a factually incorrect tweet about the rapper growing up “impoverished” — though West famously had a middle class upbringing — which was copied nearly word-for-word by Kirk, whose (often inaccurate) bumper-sticker style of tweeting has earned him a large following.

Despite speculation, Daily Caller editor in chief Geoffrey Ingersoll told Mediaite that Johnson was not fired from the conservative blog.

Johnson has worked with TPUSA in the past, speaking regularly at their conferences to explain to conservative teens how to go viral on the Internet.

UPDATE: This post has been corrected to clarify that Johnson was fired from IJR after the plagiarism incidents — not necessarily because of the plagiarism.