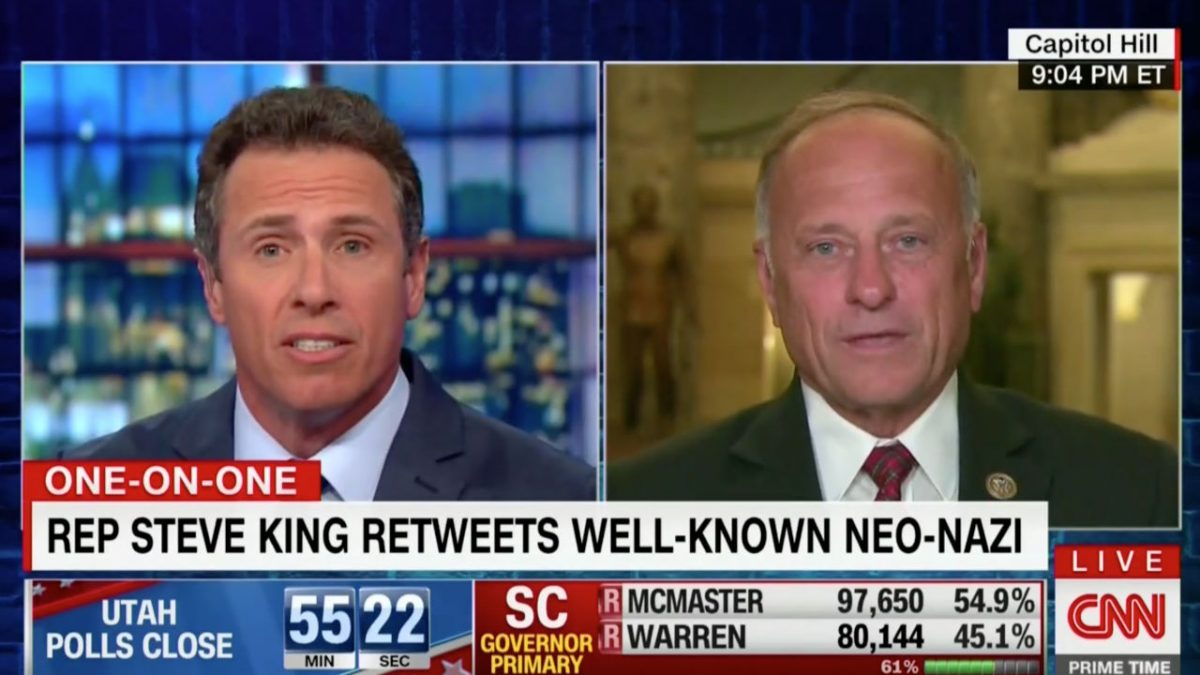 The controversial Iowa congressman retweeted a post from Charlie Kirk, a young pro-Trump activist who has made a name for himself regularly spreading false propaganda on his Twitter account.

Kirk’s latest bumper sticker-style tweet was a false claim about the rate of migrant rape in Denmark, a country that has struggled to cope with the refugee crisis that has roiled Europe.

“Shocking: 83% , 10 out of 12, of all rapes in Denmark are committed by migrants or their descendants,” Kirk wrote.

83% , 10 out of 12, of all rapes in Denmark are committed by migrants or their descendants

The statistic appears to be based on English translations of a report conducted by BT, a Danish tabloid. The report found that from January 2016 and May 2017, there were 12 rape or attempted rape convictions in Denmark in which the victim did not know the perpetrator. 10 of those attacks were committed by immigrants or descendants of immigrants.

Kirk’s tweet is not only misleading, it is false. The study did not look at “all rapes in Denmark,” but excluded rapes in which the victim knows the perpetrator.

His comment asking if America will wake up “in time” echoes the last tweet that got him in hot water: when he retweeted European immigration stats from a prominent Nazi, and then refused to delete the tweet.

Later on Tuesday, King again pushed the false stats about migrant rapes in Denmark, ensuring the misinformation will endure.

Looks like Denmark has had enough (10 of 12 rapes are migrants or sons of same). Finally bad enough for Danes to legislate assimilation. Assimilation = the glue that binds diversity into a strength. https://t.co/XIsIlqgYa6