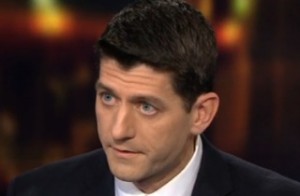 Up is down, down is up, and Breitbart is now attacking the Republican Speaker of the House for providing his kids with a religious education.

“Paul Ryan Says U.S. Must Admit Muslim Migrants, Sends Kids to Private School that Screens Them Out,” reports Breitbart’s Julia Hahn. “A Breitbart News investigation now reveals that while Paul Ryan wants no ‘religious test’ for who gets admitted into America, Ryan sends his children to a private school that uses a ‘religious test’ in its admissions process,” she writes.

Now as you’ve already gathered from the headline, the reason the school uses a “religious test” is because it’s a religious school. Specifically, Ryan’s children go to a parochial school, designed by Catholics for Catholics to first and foremost provide a Catholic education to little Catholic children. Shockingly, when you apply, they ask you if you’re Catholic.

There is of course not an ounce of truth to the assertion that the school “screens out” Muslims. Muslims and Protestants and Jews and Rastafarians are all welcome, they just have to pay a higher rate than regular parishioners. Hahn sees this as a perverse form of discrimination, but the simpler answer is that Catholics already contribute to the coffers used to pay for the school with their tithes while others don’t.

So how does she know the school screens out Muslims? “When Breitbart News spoke to a school representative about the school’s religious diversity, the representative said that no student currently enrolled wears a headscarf…” So to reiterate, a reporter actually called Paul Ryan’s kids’ school to ask someone if there were little kids running around with hijabs, got a no, and decided that the school “screened out” Muslims.

At no point did Brietbart consider that maybe Muslims are the discriminating ones, and that they aren’t particularly keen on enrolling their kids in a school that actively contradicts their faith in the first place. At no point did they consider that moderate Muslims and male Muslims don’t wear headscarves. And let’s not brush over that last part: a reporter actually called Paul Ryan’s kids’ school to ask someone if there were little kids running around with hijabs, and at no point did they elect to reexamine their life decisions.

If the U.S. had an immigration policy that resembled the admission policy of Speaker Ryan’s school — i.e. it recruited migrants from churches and synagogues overseas and offered discounted migration to people who attended churches and synagogues — although a Muslim migrant could theoretically get in, the effect would be to substantially reduce Muslim migration and increase Christian and Jewish migration relative to it — a policy which Ryan finds reprehensible for the country, but ideal for his kids’ school.

Oh god, that first paragraph. We’re now supposed to be outraged that non-Catholic children enrolled in a Catholic school might be forced to go to church? If only their parents had the option to, I don’t know, not enroll them in Catholic school.

I can’t believe I have to spell this out, but maybe Ryan believes that his kids’ CATHOLIC school should be allowed to use a religious test because it’s CATHOLIC. Maybe he thinks it would be wholly inappropriate for a U.S. government with no established religion to do so. Maybe he thinks there’s no comparing admissions for a small private school with plentiful public alternatives with denying people trying to flee a civil war-torn hellscape. Maybe he’s capable of independent thought.

I’ll leave you with this last tibdbit.

This is not the first time Ryan has advanced open borders policies for America, while giving his family the protections he denies the American public.

As Breitbart News reported last December, Paul Ryan has a border fence around his property…

I have no words.