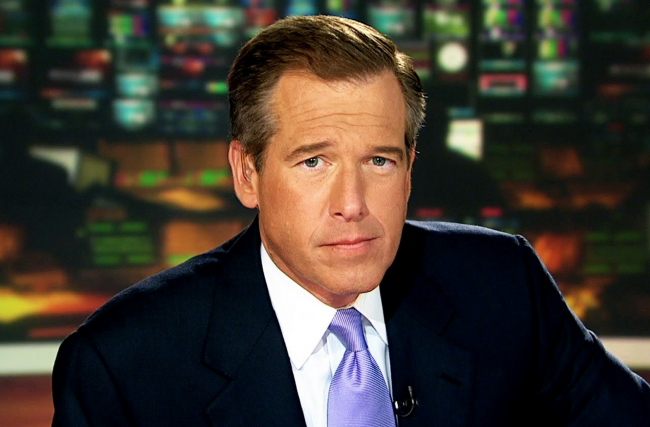 Brian Williams announced in an email today, obtained by Mediaite, that he will be stepping away from the NBC Nightly News desk for a while.

In the midst of a career spent covering and consuming news, it has become painfully apparent to me that I am presently too much a part of the news, due to my actions.

As Managing Editor of NBC Nightly News, I have decided to take myself off of my daily broadcast for the next several days, and Lester Holt has kindly agreed to sit in for me to allow us to adequately deal with this issue. Upon my return, I will continue my career-long effort to be worthy of the trust of those who place their trust in us.

Williams is currently in the middle of a brewing controversy his continually-changing story about being shot at in an Iraqi helicopter in 2003. Williams apologized online and on-air Wednesday for his repeated misstatements, though he said nothing on the matter on the Thursday or Friday editions of the newscast.

A new video surfaced today from 2007 of Williams saying he looked into the tube of the RPG that fired at another one of the helicopters.

Holt, who currently anchors NBC Nightly News on the weekends, will take over on weekdays until Williams returns to the broadcast.

You can watch the breaking news report from CNN’s Brian Stelter here: