Castro’s Awakening: After His Admission That The Cuban Model “Doesn’t Work,” What’s Next? 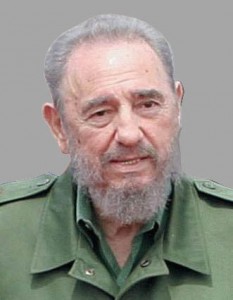 In September, Fidel Castro dropped a bombshell that should have elicited more comprehensive responses from both major media outlets and leading political figures alike. Without much prompting, the ailing former leader bluntly proclaimed that communism isn’t working for Cuba. While the failures of “share-as-we-go” economics have been known for some time now, Castro’s comments may preface major changes in U.S.-Cuba relations. According to Fox News, word of his anti-communist revelations came during a recent interview with American journalists:

Jeffrey Goldberg, a national correspondent for The Atlantic magazine, asked Castro if Cuba’s economic system was still worth exporting to other countries, and Castro replied: “The Cuban model doesn’t even work for us anymore,” Goldberg wrote Wednesday in a post on his Atlantic blog.

First and foremost, for decades world leaders have attempted to convince Castro of the dangers and pitfalls of communistic rule to no avail. Finally—though too late to spare his people sociopolitical pains—the former leader has essentially declared ideological defeat. This, in itself, is a major step forward for the Cuban people.

Though Castro stepped down as president four years ago in the midst of a bout with a “serious illness,” he still remains the official head of the nation’s Communist Party. Castro’s comments are particularly intriguing because they are truly his first public reflections on domestic issues since leaving office. Furthermore, they call into question the very tenets he has touted for decades as the basis for his country’s economic and social structures. To some, his comments border on the unbelievable; as Jaime Suchlicki of the University of Miami’s Research Institute for Cuban Studies told the Miami Herald said,

“He is either crazy or senile. This certainly does not sound like something Castro would say. But if he was quoted accurately, then I guess he’s come to the realization, like everyone else, that Marxist-Leninist governments do not function. So the real question is, what is he going to do about it now?”

Suchlicki’s question is valid, but another question—“What will America do about it now?”—is equally importance. While many, including Castro himself, attribute Cuba’s problems to the nearly five-decade old U.S. trade embargo (which many conservatives would tout as a successful endeavor to stop communism in its tracks), Cuba’s problems go well beyond the embargo. One can easily see that the socio-communal elements that have governed Cuba for decades have been major detriments to the nation’s growth and sustainability; isn’t this essentially what Castro has admitted in his recent discussions about the Cuban model?. Plainly stated: The small Island nation’s economic problems have been greatly exacerbated by the idiotic and counterproductive actions of its leaders.

Just look at the facts. According to Fox News, the Cuban government runs more than 90 percent of the nation’s economy. Sadly, workers make about $20 per month. In addition to this miniscule wage, workers receive free health care, education and cheap transportation and housing; Cubans are sold ration books so that they can purchase food at discounted rates.

USA Today offers the following characterization of Castro’s new-found stance: “Now he’s quietly questioning the viability of the system he created, and taking time to smell the flowers.” What USA Today sees as “smell[ing] the flowers,” I see as “entering panic mode.” Following Fidel Castro’s startling words, his brother has announced massive job cuts (half a million people), openness to foreign investment and other changes that indicate an acceptance of Cuba’s dire economic circumstance. Cuba’s leaders are desperate and they’re looking for a path to survival.

Now the question is whether the U.S. should help Cuba by lifting the infamous embargo. Though it appears Castro is questioning his own misguided actions, one should not forget his heinous acts and the lack of personal freedoms citizens have suffered under for decades. It’s always easier to admit defeat when reality becomes undeniable. I’d advocate waiting it out to see what Cuba’s next move is.

What will the Castro family do? How will they handle their revelations? It’s up to Cuba’s leaders to ensure the nation is fully integrated into the global economy. In the meantime, America should sit back, relax, watch and prepare to change policy if and when doing so will serve as a mutually beneficial act.