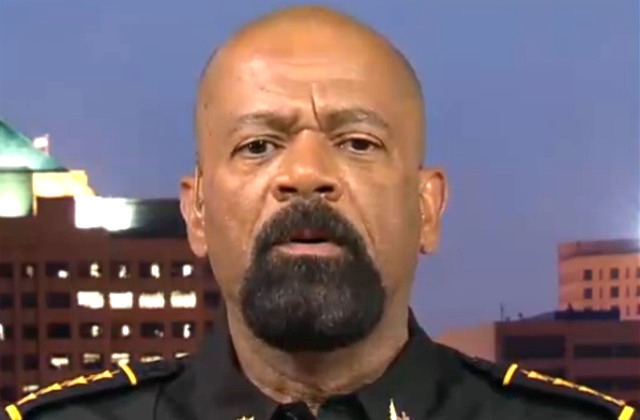 A controversial law enforcement officer who is known for his fiery temper and over-the-top rhetoric is reportedly being eyed by the White House for a job in the Department of Homeland Security.

According to Politico, Milwaukee County Sheriff David Clarke is being considered by President Donald Trump for the job of assistant secretary at the DHS’ Office of Partnership and Engagement. If selected, Clarke would be tasked with coordinating outreach between tribal officials, state and local officials, and law enforcement.

A senior official told Politico that the deal isn’t done yet. However, if selected, Clarke could start right away, as the job doesn’t need Senate confirmation. The sheriff met with Trump at Trump Tower during the transition period.

During the transition, now-White House Chief of Staff Reince Priebus was asked if Clarke would be the next DHS Secretary. Priebus explained they hadn’t decided yet––they ultimately settled on General John Kelly––but said of Clarke, “He’s definitely high on the list and someone we definitely want to be involved in the administration at some level.”

Recently, Clarke has found himself in the news due to prosecutors in Wisconsin launching an inquest into the dehydration death of a prisoner in Milwaukee County’s jail. The prisoner, Terrill Thomas, died after guards shut off water to his cell. He went seven days without liquids and lost 35 pounds before dying.

The Trump-supporting law enforcement official may also be looking for a new gig because his days may be numbered as sheriff. According to a poll earlier this year, Clarke is extremely unpopular in his county and basically has no real path to victory.