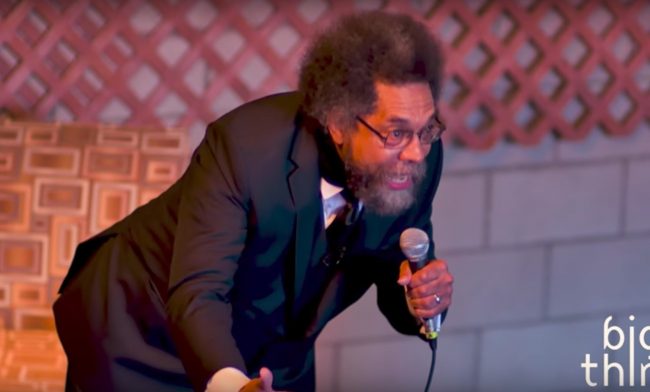 Dr. Cornel West stopped by the set of AC360 last night and had a feisty exchange with Trump surrogate Paris Dennard. It was quite a show. West appealed to his fellow “brothers” not to shill for a “liar” like Trump and talked about his brothers and sister who confronted neo-Nazi violence in Charlottesville over the weekend.

“Brother Bernie and Brother Trump are authentic human beings in stark contrast to their donor-driven opponents,” West tweeted in August 2015.

Brother Bernie and Brother Trump are authentic human beings in stark contrast to their donor-driven opponents.

Now of course — this was well before most of the Trump outrages that we have become accustomed to. However, at the time West tweeted this, Trump had already delivered his famous Mexican rapist speech, not to mention years and years of birther conspiracy theories that had long been widely debunked.

The tweet has taken new life and has now generated more than 1,000 retweets.

We’re not sure when West decided Trump was no longer authentic and a “liar” as he said last night. Needless to say, he wasn’t asked about it on CNN — and this tweet certainly didn’t come up either.