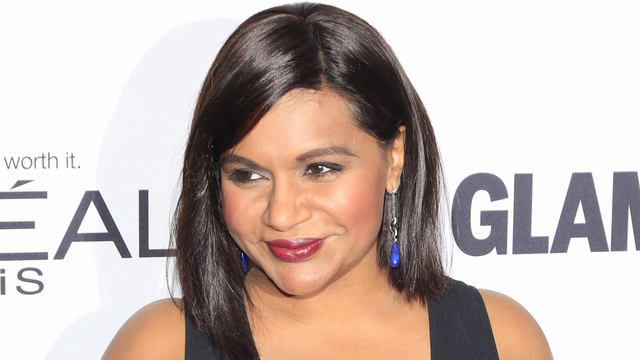 Literally, we can’t even. This week on The Mindy Project, Mindy Lahiri made a joke about Newark and Senator Cory Booker. Booker tweeted at Mindy Kaling to say first, “Ouch,” and second, that he still loves her:

Kaling wrote back to say the love was mutual:

Senator, if Mindy Lahiri shades it, it means we know it’s cool. Thanks for the ❤. It’s mutual! https://t.co/KW2ibviREc

Then he asked her to dinner in Newark:

You are making my day! Thanks for the clarification. And If the ❤️is really mutual… Come have dinner with me in Newark? #PleaseSayYes ?? https://t.co/fI9IYJYZEX

And she said yes:

@CoryBooker yes. Now let me get the PATH train schedule.

People cannot get enough of this match made in actual heaven.

@CoryBooker don’t mind me y’all, I’m just soaking up the love in this thread. pic.twitter.com/2vE7n8B8O4

@CoryBooker President Booker and First Lady @mindykaling has a very solid ring to it! #Booker2020 ❤️❤️????

@CoryBooker @mindykaling The internet needs this. America needs this. Do it for the children.

@CoryBooker @mindykaling America needs this. You two would be awesome together!

@CoryBooker @mindykaling I ship this. <3

@CoryBooker OH WHAT is EVEN happening??! I’ve got butterflies in my tummy. This HAS to happen ❤❤

@CoryBooker America is having a very rough year. Don’t you dare screw this up.

When you suddenly ship Cory Booker / Mindy Kaling, and you ship it HARD. https://t.co/LjxRnoeSRw

Cory Booker…is asking…Mindy Kaling…out?! WORLDS COLLIDE AND I DON’T KNOW WHAT TO DO WITH THE JOY IN MY HEART. https://t.co/EIP4n5u1rR