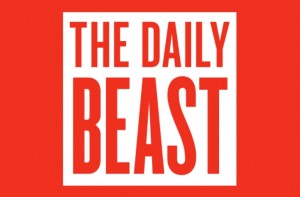 After the outcry over a Daily Beast article that accidentally outed gay Olympians— some of whom hailed from countries where homosexuality was a death sentence– the site took the article down and issued an apology.

Initially, The Daily Beast responded to criticism by removing the identifiers and appending a note from editor-in-chief John Avalon that defended the story in part while still apologizing. “It’s up to us to deliver stories that are so clear, they can’t be misinterpreted—and we clearly fell short of that standard in this article,” he said.

But now, for the first time in the site’s history, the article has been taken down entirely. “Today, The Daily Beast took an unprecedented but necessary step: We are removing an article from our site, ‘The Other Olympic Sport In Rio: Swiping,'” the site’s upper brass wrote in “A Note From the Editors.”

“The Daily Beast does not do this lightly,” they continued. “As shared in our editor’s note earlier today, we initially thought swift removal of any identifying characteristics and better clarification of our intent was the adequate way to address this. Our initial reaction was that the entire removal of the piece was not necessary.”

“We were wrong,” the editors wrote bluntly. “We’re sorry. And we apologize to the athletes who may have been inadvertently compromised by our story.”

“The article was not intended to do harm or degrade members of the LGBT community, but intent doesn’t matter, impact does. Our hope is that removing an article that is in conflict with both our values and what we aspire to as journalists will demonstrate how seriously we take our error,” the note concludes. “We were wrong. We will do better.”