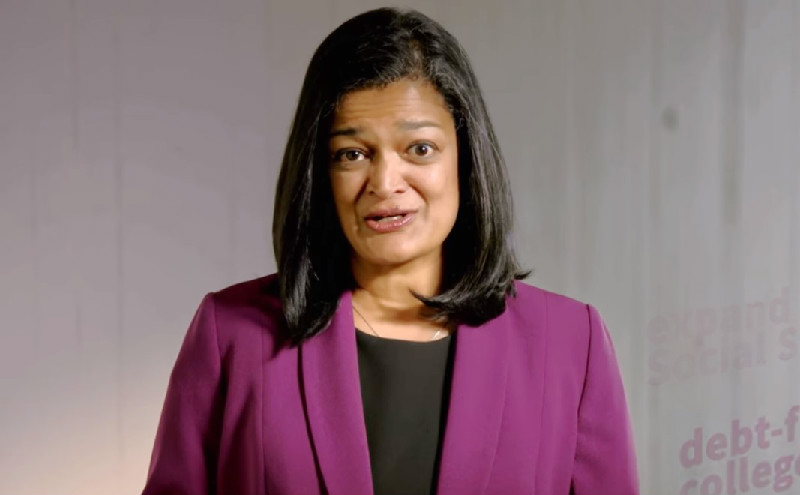 Over 30 Democratic House members have signed onto a resolution that was introduced by Rep. Pramila Jayapal (D-WA) calling on President Donald Trump to rid the White Houe and his administration of anyone who supports white supremacists.

The resolution comes on the heels of the violence in Charlottesville this weekend and also calls on the president to strongly condemn white nationalists and neo-Nazis. In the immediate aftermath of a domestic terrorist attack that killed one and injured roughly 20 others, Trump blamed hatred, bigotry and violence on “many sides,” leading to widespread criticism. Two days later, the president delivered additional public comments in which he said “racism is evil” and condemned white supremacists.

The resolution itself doesn’t specifically name any officials that should be booted from the administration. However, in her office’s press release today on the measure, Jayapal called on Trump to fire White House chief strategist Steve Bannon, White House advisor Stephen Miller and presidential deputy advisor Sebastian Gorka. Bannon and Gorka come from right-wing outlet Breitbart News, which Bannon once labeled the “platform for the alt-right.”

There has been increased attention placed on these three members of the White House following the violent clashes and vehicular attack at the “Unite the Right” rally. During the weekend, Bush era White House ethics lawyer Richard Painter stated that Trump should be impeached if he didn’t remove Gorka and Bannon. Meanwhile, Rep. Ruben Gallego (D-AZ) called Gorka a “Nazi” and demanded the advisor be terminated.

On top of that, minority congressional caucuses are specifically asking for the president to push all three men out of the White House in response to the violence.