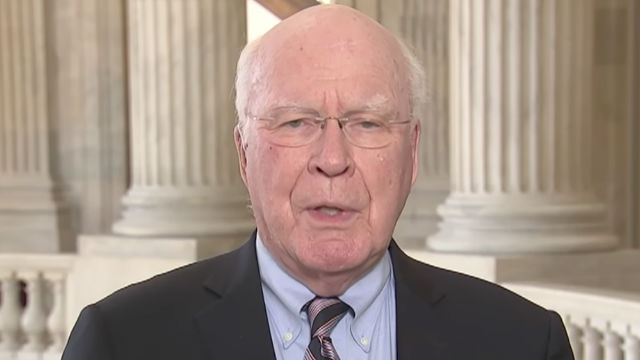 With the bombshell New York Times report today on serious sexual harassment allegations against Harvey Weinstein, some Democrats he gave money to are starting to give the money to charity.

Weinstein has given money to many Democrats over the years, and he’s thrown fundraisers for candidates like Hillary Clinton and former President Barack Obama.

CNN reports that one Republican-aligned PAC, America Rising, is already calling on Democrats to either return or donate the money Weinstein gave them.

And some Democratic senators are already starting to do that.

The Daily Beast was first to report that Senator Patrick Leahy (D- VT) is planning to donate the money Weinstein gave him. And he’s not the only one:

[Leahy’s] longtime campaign manager Carolyn Dwyer told The Daily Beast that Leahy is donating Weinstein’s contributions to the Change the Story Initiative at the Women’s Fund of the Vermont Community Foundation.

Soon after, a spokesperson for Sen. Martin Heinrich (D-N.M.) told The Daily Beast that he, too, would be donating the value of Weinstein’s past contributions to charity.

“As soon as Senator Heinrich learned of these allegations, he donated the $5,400 contribution to Community Against Violence, a non-profit organization in New Mexico,” Marsha Garcia, communications director for Heinrich’s re-election campaign, told The Daily Beast.

BuzzFeed is reporting that Senator Richard Blumenthal is donating the money he received from Weinstein to the Connecticut Alliance to End Sexual Violence.

And as BuzzFeed’s report notes, there are other Democrats who Weinstein has given money to who have yet to take similar steps.