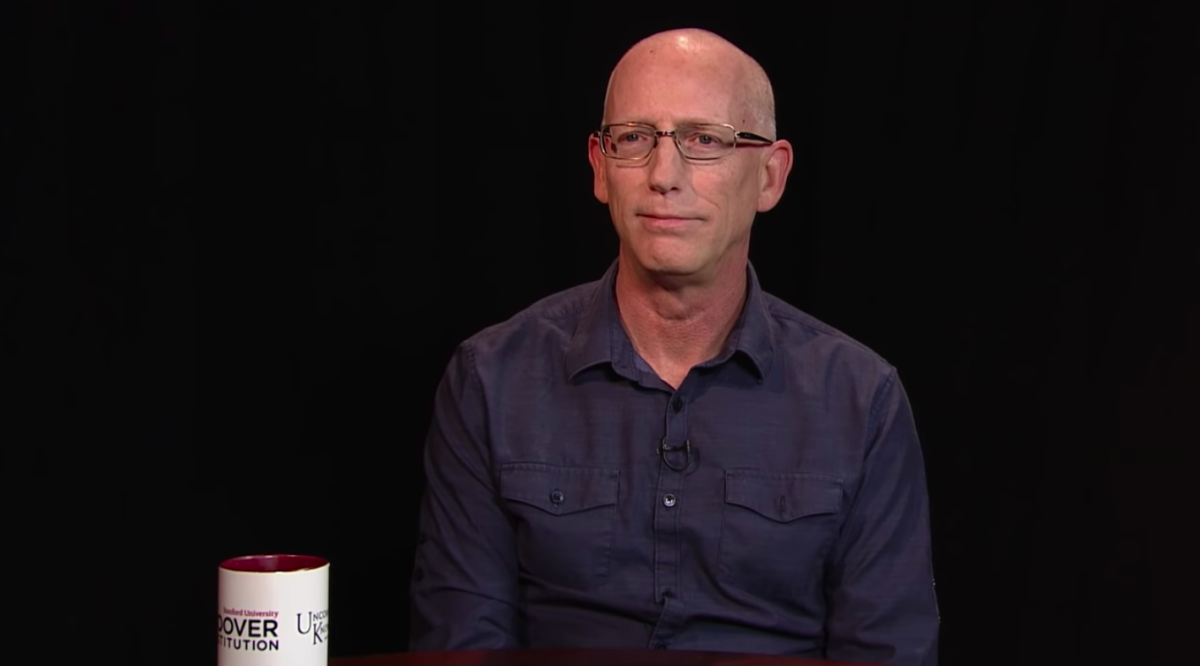 After a shooter armed with a semi-automatic rifle gunned down numerous people at a California festival on Sunday, Scott Adams, who is the creator of the comic strip Dilbert, used the mass act of violence to promote his new app and urged survivors to download it.

“If you were a witness to the #GilroyGarlicFestivalshooting please sign on to Interface by WhenHub (free app) and you can set your price to take calls. Use keyword Gilroy,” tweeted Adams, despite police stating at the time that the shooting scene — where three people were killed and over a dozen were injured — was still active.

Dilbert guy Scott Adams is using the garlic festival shooting to direct market mass shooting survivors (at a time when public info on this was that the shooter was still at large) on his app pic.twitter.com/9EgGfSGkuz— LVL 45 CHAOS POTUS (@thetomzone) July 29, 2019

Adams, whose app appears to be a do-it-yourself PR network for supposed experts to get in touch with the media, has since doubled down on his attempts to monetize mass violence, tweeting on Monday that the coverage of his promotion-by-shooting ad campaign is all “fake outrage.” Hilariously, it appears that the only reaction Adams received on his app under the keyword “Gilroy” is a self-described expert on “Scott Adams being vile.”

The Dilbert creator is no stranger to controversy, as his history over the past few years includes rebranding as an ardent Donald Trump supporter and appearing on the far-right conspiracy network Infowars.

Adams’ other greatest hits includes wildly claiming that “women are treated differently by society for exactly the same reason that children and the mentally handicapped are treated differently,” suggesting in 2016 that “biggest unreported story of presidential election is the humiliation of the American male,” and even questioning the specifics of the Holocaust’s six million dead number.

“Is it the sort of number that is so well-documented with actual names and perhaps a Nazi paper trail that no historian could doubt its accuracy, give or take ten thousand. No reasonable person doubts that the Holocaust happened, but wouldn’t you like to know how the exact number was calculated, just for context?” he wrote in the since-deleted post.

The cartoonist was quickly condemned en masse for his shameless self-promotion attempts, which critics noted were pushed by Adams as innocent people bled to death from gunshot wounds near the Northern California festival grounds:

Scott Adams (the Dilbert guy) is hawking his video advisor app as a newsgathering tool to justify using Gilroy shooting and hashtags to promote it. pic.twitter.com/eE1O502K81

Ethical journalists do not pay for interviews, and jfc the Dilbert comic strip guy monetizing mass shootings is painfully 2019. https://t.co/hsytNu0OvA

There are grifters. There are filthy grifters. And then there is “Hey, mass shooting survivors, download my app!” https://t.co/Fqoboer18K

How much are they paying you to post this after a shooting? How much is the grift worth to you?