Does Elizabeth Warren Have an Obligation to Fight for Women’s Rights?
Opinion

Does Elizabeth Warren Have an Obligation to Fight for Women’s Rights? 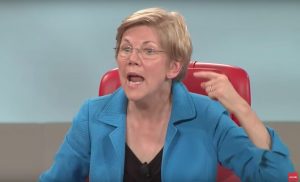 Elizabeth Warren‘s week unfolded the way it usually does — with aggressive actions against banks and Wall Street corruption. On Tuesday, Warren called on the Federal Reserve to remove Wells Fargo’s board in response to the bank’s fake account scandal last year, and recently introduced legislation to protect consumers from being forced to pay for bank freezes after data breaches at banks.

The focus of her message as a politician, like Vermont Sen. Bernie Sanders, has always been one of economic populism. It’s no surprise that Warren has been embraced by feminists and progressives, given the close relationship between social and economic disenfranchisement.

But today’s fraught and often divisive dialogue about the Democratic party and “identity politics” raises questions about this approach, particularly from a woman who surely knows first hand how harmful a male-dominated Congress is for women’s health and rights. Namely, does Warren has obligations to stand up and be more vocal about women’s rights? Or does suggesting that the Massachusetts senator is inherently obligated to do so, as a woman equate to sexism?

Whether or not we like to admit it, politics and economics remain bound to identity. The decisions lawmakers make affect what women can do, and determine their rights, as well as the rights of LGBTQ, Muslim, low-income and minority Americans.

The obligation to recognize this and talk about identity doesn’t fall on Warren’s shoulders because she’s a woman, and nor does it fall only on her shoulders. This obligation to intersectionality exists and exists for all politicians regardless of any facets of their identity, because their role is to serve their diverse constituencies. A dedication to progressive economic policies will help many women, but disparities in these women’s living standards will often still exist on the basis of race, orientation and gender identity.

The idea that colorblind economic empowerment, without any advocacy on behalf of civil rights or reproductive rights, is the sweeping solution to inequality is a popular one among today’s Bernie-crats, who adore Warren while scorning left-leaning “social justice warriors” who distract and divide the party by talking about lingering identity-based oppression. But this approach ignores so many experiences, so many problems and, ultimately, so many people at a time when disunity is the last thing Democrats need.

Warren is one politician who has her foot in both camps of the Democratic party, popular among the Hillary wing as well as the Bernie wing, where other Democratic lawmakers of today are often scorned by one base or the other. She has the unique opportunity to united the party around a populism of economic and social progress, and it’s a shame that she isn’t fully taking it.