Donald Trump Has a Very Real, Well-Documented Problem With Tents 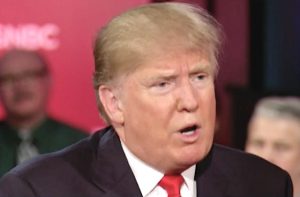 A lot of people feel they have a lot to lose during a Donald Trump presidency. But it’s not just limited to people, people. Inanimate objects also need to be worried. The objects most in danger are, of course, tents. Poor, innocent tents. Because President-Elect Donald Trump hates tents, and has a well-documented history of bashing tents every chance he gets.

Eater‘s Helen Rosner did a deep-dive into Trump’s tent-hating, and uncovered a storied and colorful history. One thing is clear- there will be no White House dinners of any kind in a tent over the next four year. There will, however be many many events in ballrooms. The only thing Trump loves as much as he hates tents is ballrooms.  Donald Trump believes Donald Trump has a knack for ballrooms. He continued, “If there’s one thing I know how to build, it’s a grand ballroom. At my private Mar-a-Lago Club in Palm Beach, Florida, I built what many consider to be the single greatest ballroom in the world … but I own many beautiful and very successful ballrooms.”

Trump had different feelings. He told Rush Limbaugh, “I see that the White House — the White House, Washington, DC — when a dignitary comes in from India, from anywhere, they open up a tent. They have a tent. A tent! … An old, rotten tent that frankly they probably rented, pay a guy millions of dollars for it even though it’s worth about $2, okay?”