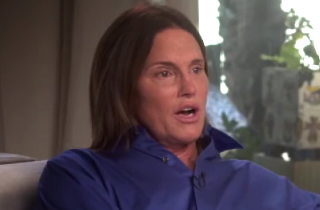 According to Variety, Jenner will talk more about the gender transition from male to female and the series is expected to “cover his journey.”

E!, of course, is the same network that has aired Keeping Up with the Kardashians and other programs about the Kardashian-Jenner family. During tonight’s interview, Sawyer asked Jenner about being involved in that show for so long, and Jenner talked about having the truest story of anyone on it.

Read part of the press release below:

LOS ANGELES, CA – April 24, 2015 – E! announces a new documentary series with Bruce Jenner living his life as a transgender woman. The series will tell Bruce’s intimate story and will join him as he seeks out his “new normal.” Living for the first time as the person he feels he was born to be, the docuseries will also explore what Bruce’s transition means for the people in his life and how those relationships are affected, while offering a better understanding of many of life’s challenges. The eight-part, one-hour series will premiere Sunday, July 26 at 9:00pm on E! and will also air on the E! channels internationally. A series title will be announced at a later date.

“Bruce is incredibly courageous and an inspiration, and we are proud to be entrusted with this deeply personal and important story,” said Jeff Olde, Executive Vice President, Programming and Development, E! “This series will present an unfiltered look as Bruce boldly steps into uncharted territory and is true to himself for the first time.”

Best known for being an Olympic Gold Medal winner, a dynamic motivational speaker and a loving parent, Bruce Jenner has lived in the public eye for most of his life. Now viewers will continue to follow his journey as he enters this new chapter.