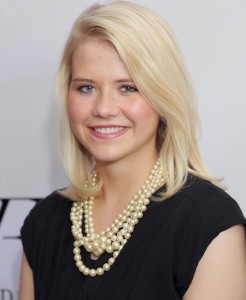 Guess we’re going to have to update the Power Grid, because Elizabeth Smart is going to be joining ABC‘s Good Morning America as a contributor for missing-persons cases. The Daily Beast has reported that Smart could be on air as soon as next week and might also do guest appearances on Nightline.

“This is definitely not about looking backward and telling her story, which has been well told and retold,” said ABC spokesperson Julie Townsend. Instead Smart will be providing a perspective that only she and very few others can offer: “helping viewers understand missing-persons stories from the perspective of knowing what a family experiences when a loved one goes missing”

The Daily Beast makes an interesting point about how ex-athletes and ex-politicians often become successful pundits, using their experiences to add depth to news reports. But this is a little different. Smart talking about people who are kidnapped isn’t quite the same as John Mcenroe reporting on tennis. Smart has always been outspoken about her kidnapping and it’s safe to say that her disappearance, escape and trial brought about a very high level of publicity, but she’s always been a tragic figure. To put her on a stage and have her, in a way, milk her tragedy for viewers is an interesting move by ABC.

That being said it is nice to see something good coming out of Smart’s ordeal: there are definitely worse career moves and if the Casey Anthony trial is any indication, Americans will always be interested in the sensationalist crimes on which Smart will be reporting.