David Sweat, the second escaped prisoner from Clinton Correctional Facility in New York, has been caught and the manhunt is over:

Sources say David Sweat HAS been caught. Manhunt is over. No word on his condition. #BREAKING #PrisonBreakNY

Reports from NBC News and The New York Times say Sweat was shot by a state trooper near Constable, New York, very close to the Canadian border.

Officers emerged from the wooded area where they were searching for Sweat moments ago:

A lot of officers just got out of the woods and are now congregating off rt 27 #PrisonBreakNY @CBS6Albany pic.twitter.com/d6G9Ni4Amn

Richard Matt, the other prison escapee, was found and shot dead just two days ago in upstate New York, as the manhunt for Sweat continued.

Update- 4:09 pm EST: Reports have been trickling out about Sweat’s condition:

4:02 p.m.: Two ambulances with a caravan of police arrive at Alice Hyde Hospital in Malone. #PrisonBreakNY

Source tells @TheBuffaloNews that Sweat has been shot and is bleeding badly. His injuries are considered life-threatening. 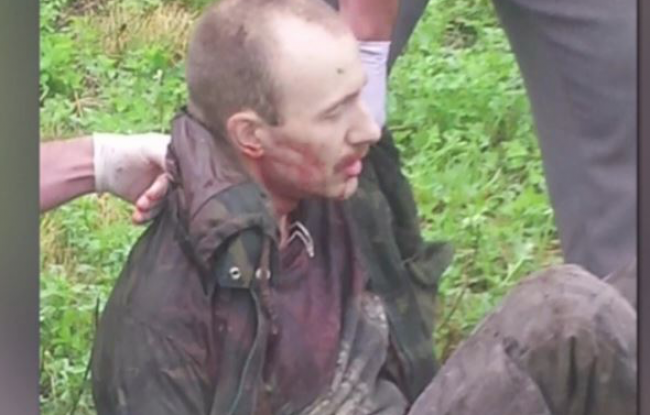