Even 61% Of Republicans Not Following Kermit Gosnell Case Closely, Or At All

Even 61% Of Republicans Not Following Kermit Gosnell Case Closely, Or At All 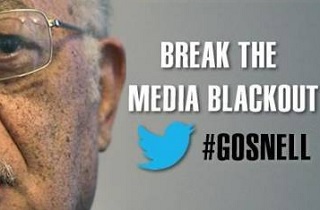 There’s good news and bad news for abortion rights advocates in a new Gallup poll. The good news, which is the lede that Gallup chose for the survey, is that Americans’ views on abortion rights have remained relatively unchanged as the highly-charged Kermit Gosnell murder trial has played out. One surprising result from the poll is that, even though conservatives agitated loudly and successfully for the mainstream (mainly television) media to cover the trial, an overwhelming 61% majority of Republicans say they’re not following the case closely, or at all. The bad news is that support for abortion rights is qualified, and weak.

Both sides of the abortion debate have claimed the Gosnell case as a cautionary tale that cuts in their own favor, with pro-choicers pointing out that restricting access to abortions enables butchery, like that of which Gosnell is accused, to thrive, and the anti-abortion rights crowd attempting to conflate Gosnell’s alleged crimes with legal abortion. According to Gallup, to the extent it has made any difference, the Gosnell case has been a wash in the abortion debate:

Current views on the legality of abortion, based on Gallup’s annual Values and Beliefs poll, conducted May 2-7, are nearly identical to those from Gallup’s prior measures in December and May 2012. More generally, they are similar to what Gallup has found for most of the past decade, except for a brief period between 2005 and 2006, when the balance of the two absolutist positions tilted more heavily in favor of abortion being legal in all circumstances.

While 77% of Americans favor legal abortion in some circumstances, the breakdown of that support is somewhat disturbing for abortion rights:

Gallup poses a follow-up question of respondents who opt for the middle position — those saying abortion should be “legal only under certain circumstances” — asking if it should be legal in most or in only a few circumstances. The responses break nearly 3-1 in favor of the more restrictive policy.