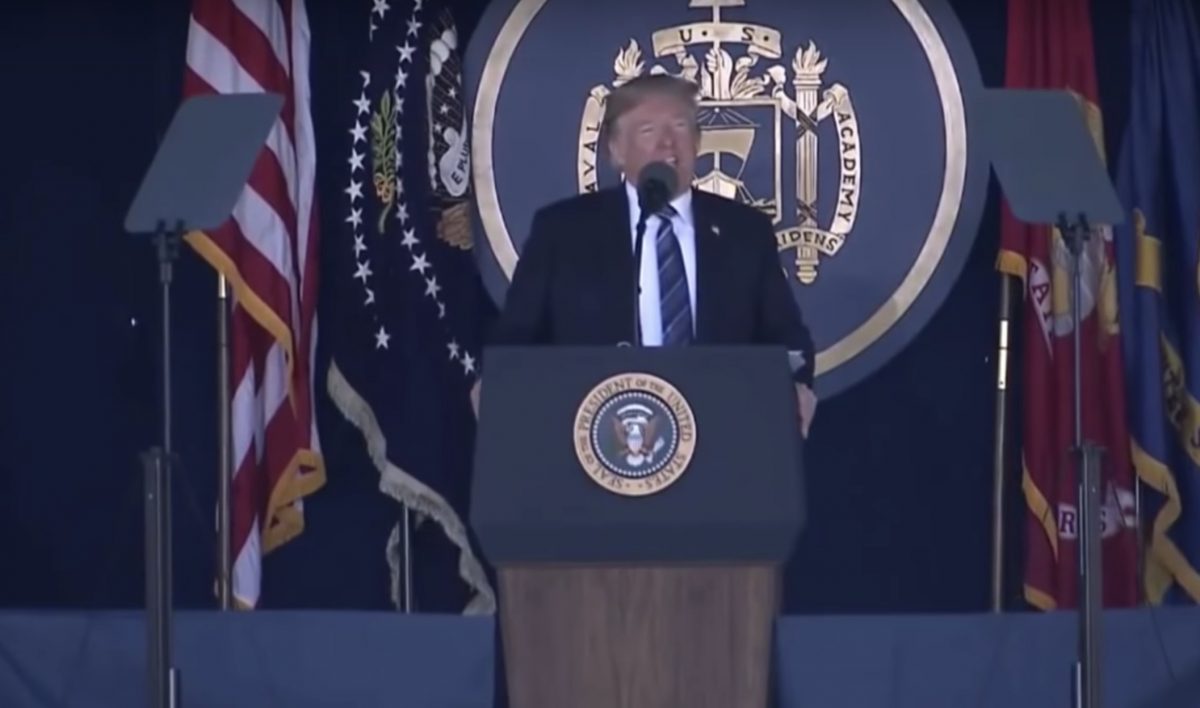 Fact checkers are having a field day with President Donald Trump‘s commencement speech at the U.S. Naval Academy on Friday.

The New York Times pointed out that Trump provided alternative facts at least three times, including taking credit for ending the defense sequester, vowing to provide the Navy with “a couple hundred” more ships and falsely claiming the U.S. Navy had not had a pay raise in 10 years.

The NYT  fact checkers noted that was wrong.

“Technically, Mr. Trump did not repeal the defense sequester, which refers to limits placed on military spending enacted in 2011,” the Times pointed out.  “Congress effectively erased mandated caps in February, but that doesn’t mean that the military received ‘no money’ at all before then.”

Both the NYT and the Associated Press also picked up on Trump’s dubious math in this statement: “We have now the lowest number of ships that we’ve had since World War I, and very soon you’re going to get to 355 beautiful ships. 355. That’s almost a couple of hundred more ships.”

As AP noted, “No it isn’t. The Navy now has 283 ships,” noting it is actually far less than “a couple hundred” beautiful new ships.

Both outlets and CNN’s Jake Tapper also called out Trump’s erroneous claim that the military has not had a pay raise in ten years.

Yet, as AP pointed out, the “U.S. military members have gotten a pay raise every year for the past 10 years.”

The final false claim was also particularly vexing to Tapper, because, as he noted, Trump actually had a lot to brag about if he was just willing to keep his facts straight.

“Odder still is POTUS here has a legitimate thing to boast about — 2018 brings the biggest military pay raise (2.4%) in 8 years,” Tapper noted,  before observing that if Trump had told the truth “that would be acknowledging Obama gave a bigger pay raise in 2010.”

Odder still is POTUS here has a legitimate thing to boast about — 2018 brings the biggest military pay raise (2.4%) in 8 years.

So why not just tell the truth?

Because that would be acknowledging Obama gave a bigger pay raise in 2010 (3.4%)? https://t.co/TNyuVpnIh4