Feeling Stressed? You May Have ‘Trump Anxiety’ 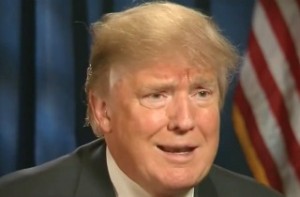 Are delegate counts damaging your cool? Does your blood pressure rise in tandem with the poll numbers of a crude tycoon? Does imagining a gold-emblazoned TRUMP atop the White House send a current of adrenaline up your spine?

You could be the latest to succumb to “Trump Anxiety,” a new syndrome that had once been contained to the cloistered cigar dens of Washington power brokers and war rooms of GOP candidates’ campaigns, but now has rippled outward to infect the American electorate at large.

With each new Trump victory in the GOP primaries, Democrats and Republicans alike are sharing their alarm with friends over dinner, with strangers over social media and, in some cases, with their therapists. A recent Washington Post/ABC News poll showed that 69 percent of Americans said the idea of “President Trump” made them anxious.

As the dark shadow of a Trump presidency becomes looms larger and larger, both Democrats and Republicans are feeling the chill. “He’s extremely reactionary and that’s what scares me the most. I feel totally powerless and it’s horrible,” said a Democrat, while a Republican offered: “He doesn’t have anything to say. All he does is tell other people to shut up. If he were to become president, I fear that our world would come tumbling down.”

In addition to the usual symptoms of anxiety, those grappling with Trump Anxiety have been known to go on a googling spree to find out how easy it might be to emigrate to other countries.