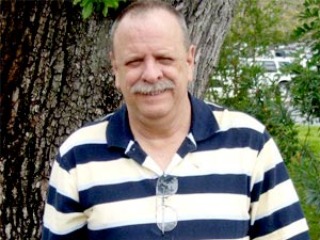 One year ago, Florida pastor Michael Stahl wrote a short blog entry about an idea for a new site we’d like to think of as “Atheite:” an online registry of atheists, organized by city and state. Stahl’s vision would ideally include photos of each atheist as well as his or her place of business, so that concerned Christian citizens can choose to either boycott that business or show up and proselytize. Now, that idea is gaining quite a bit of attention around the internet. South Florida’s “The Daily Pulp” reports that Stahl’s post “got tons of hits from angry people after somebody discovered he’d just recently posted a link to the old post on his Facebook page — which he’s since had to delete.”

Pastor Stahl’s “Living Water Church” exists solely online and consists of a Blogspot blog that accepts donations via PayPal. A quick scan of his biography shows that Stahl, who lives in South Florida, not only harbors a great dislike for atheists, but he isn’t too fond of Catholics either. Also, “In the 9th grade while attending Msgr. Edward Pace High School, I DID fail the physical exam when I tried out for the football team due to a “rapid heart beat.”) I DID however , pass a physical exam for the gymnastics and wrestling teams in my sophomore year at Hialeah High School.” And now you know.

So, why a registry? Because people who do not believe in or worship a deity are just as bad as sex offenders or terrorists and the public needs to be protected from them:

Brothers and Sisters , I have been seriously considering forming a ( Christian ) grassroots type of organization to be named “The Christian National Registry of Atheists” or something similar . I mean , think about it . There are already National Registrys for convicted sex offenders , ex-convicts , terrorist cells , hate groups like the KKK , skinheads , radical Islamists , etc..

This type of “National Registry” would merely be for information purposes . To inform the public of KNOWN ( i.e., self-admitted) atheists . For example , let’s say you live in Colorado Springs , Colorado , you could simply scroll down ( from the I-Net site /Blog ) I would have , to the State of Colorado , and then when you see “Colorado Springs” , you will see the names of all the self-admitted atheist(s) who live there ( e.g., if an atheist’s name happened to be “Phil Small” ) . The individual’s physical address , and other known personal information would NOT be disclosed ( though , perhaps a photo could be ) .

Now , many (especially the atheists ) , may ask “Why do this , what’s the purpose ?” Duhhh , Mr. Atheist , for the same purpose many States put the names and photos of convicted sex offenders and other ex-felons on the I-Net – to INFORM the public ! I mean , in the City of Miramar , Florida , where I live , the population is approx. 109,000 . My family and I would sure like to know how many of those 109,000 are ADMITTED atheists ! Perhaps we may actually know some . In which case we could begin to witness to them and warn them of the dangers of atheism . Or perhaps they are radical atheists , whose hearts are as hard as Pharaoh’s , in that case , if they are business owners , we would encourage all our Christian friends , as well as the various churches and their congregations NOT to patronize them as we would only be “feeding” Satan .

Frankly , I don’t see why anyone would oppose this idea – including the atheists themselves ( unless of course , they’re actually ashamed of their atheist religion , and would prefer to stay in the ‘closet.’ ) .

Ball’s in your court, Mr. Atheist.