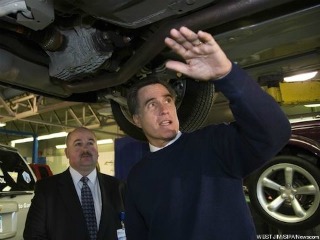 In an op-ed article for The New York Times, Steven Rattner, the former lead adviser for the Obama administration’s auto task force, takes a look at Mitt Romney‘s much-publicized plan regarding the auto industry, pointing out where, as he sees it, the GOP presidential hopeful gets it right, as well as where he falters.

Here’s an excerpt from Rattner’s column:

Mr. Romney may have the primary politics right — though with a majority of Michigan voters supporting the rescue, he may want to pivot deftly before the general election in November. But on the substance he’s dead wrong.

As a presidential aspirant, Mr. Romney evidently hasn’t felt a need to be consistent or specific as to what should have been done to address the collapse of the auto industry starting in late 2008. But the gist is that the government should have stayed on the sidelines and allowed the companies to go through what he calls “managed bankruptcies,” financed by private capital.

That sounds like a wonderfully sensible approach — except that it’s utter fantasy. In late 2008 and early 2009, when G.M. and Chrysler had exhausted their liquidity, every scrap of private capital had fled to the sidelines.

The reason for this, Rattner explains, is that, without monetary help from the government (initiated, he point out, by former President George W. Bush), G.M. and Chrysler would not have been able to go through Chapter 11 bankruptcy and would have instead been forced to all but shut down. The auto task force, he adds, actively sought and could not find any investor willing to provide the private capital needed to fuel the auto companies through this “managed bankruptcy.” And “if Mr. Romney disagrees,” Rattner challenges, “he should come forward with specific names of willing investors in place of empty rhetoric.”