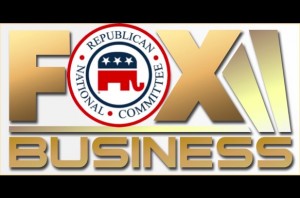 On January 14th, the Republican National Committee will again sponsor a GOP debate, the first of the 2016 calendar year and the sixth official debate of the primary season. The debate will be held on Fox Business and broadcast live from the North Charleston Coliseum and Performing Arts Center in North Charleston, South Carolina.

According to a statement from Fox, “FBN’s January debates will follow a similar format,” as the last Fox Business debate in November, with a focus “on economic, domestic and international policy issues.”

National polling data relating to Iowa and New Hampshire will be taken into strong consideration for the event. Fox notes that, “The primetime debate will feature candidates that place in the top six nationally, and place within the top five in Iowa or New Hampshire, while the remaining candidates will be invited to the early debate.”

The Fox Business broadcast will again split the still-crowded GOP field into two debates: an undercard and a primetime event. In order to qualify for the mainstage, candidates must:

• Place in the top six nationally, based on an average of the five most recent national polls recognized by FOX News.

• Place in the top five in Iowa, based on an average of the five most recent Iowa state polls recognized by FOX News.

OR
• Place in the top five in New Hampshire, based on an average of the five most recent New Hampshire state polls recognized by FOX News.

Undercard competitors will qualify for the first debate of the night by polling with at least a single percentage point of Republican support in one of the five determining national polls. The last Fox Business debate in November displayed only eight mainstage candidates, with an additional four debating in the undercard round.

The debate moderators and more information have yet to be announced.