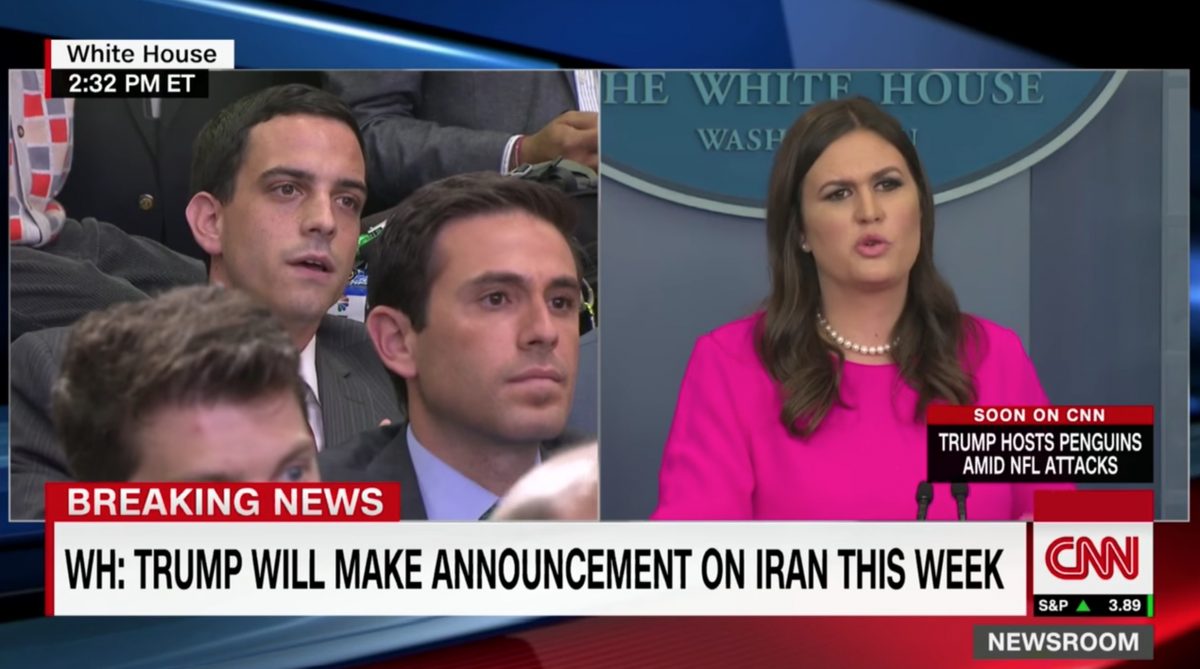 Like Kaitlan Collins before him, Trey Yingst has successfully parlayed his gig as a White House correspondent for a right-wing outlet into a job with one of the big three cable news networks.

Fox News announced Tuesday in a press release that they have hired Yingst, formerly OANN’s White House correspondent, to serve as a general assignment reporter. It is the second such hire the network has made in as many days — as, on Monday, it announced that Jacqui Heinrich is leaving Fox’s Boston affiliate to join the cabler’s general assignment team.

Yingst has enjoyed a high profile over the past 18 months having covered the White House. He was regularly called on for questions during the daily briefing during his tenure.

His new assignment, however, will take him far away from 1600 Pennsylvania Avenue. Yingst will be reporting for Fox News from its Jerusalem bureau.

“Trey’s experience covering stories overseas has given him an extensive understanding of the global news landscape,” said Fox News president Jay Wallace in the release. “We are confident he will be a great asset to our international news team, covering top headlines worldwide.”

“I am excited to get back to my roots covering breaking news and international events from the Jerusalem bureau for the number one cable news channel,” Yingst added.