Full Broadcast Schedule by Network For the 2017 Presidential Inauguration 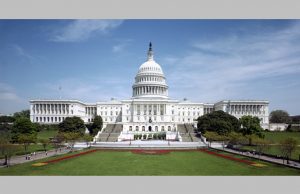 As our nation’s capital completes the finishing touches in anticipation of this weekend’s Inaugural events, each of the main broadcasting networks are likewise preparing for wall-to-wall coverage.

Donald Trump is set to be sworn in as our nation’s next Commander in Chief, with the official ceremony taking place on Friday, January 20th at noon. There is a long list of planned events and protests throughout the weekend to commemorate this piece of American history.

Fox News’ special Inauguration programming for the week is as follows:

CNN
Special coverage of the Inauguration of Donald Trump will begin at 5 a.m. EST with CNN’s New Day anchored by Chris Cuomo and Alisyn Camerota.

From 9 a.m. to 2 p.m. ET, Wolf Blitzer, Jake Tapper, Anderson Cooper and Dana Bash will anchor special coverage of Trump’s Inauguration and Obama’s send-off along with John King offering analysis and Erin Burnett with panels and interviews from the West Front of the U.S. Capitol.

From 2 p.m. to 4 p.m. ET, Alisyn Camerota, Chris Cuomo, Brooke Baldwin and Anderson Cooper will anchor special coverage during the Inaugural Parade live from the Parade Route on Pennsylvania Avenue.

The Lead with Jake Tapper and The Situation Room with Wolf Blitzer will be live in front of The White House at Lafayette Square; Erin Burnett Out Front, AC360, and CNN Tonight with Don Lemon will be live from the Inaugural Balls.

CNN will be live from more than 15 locations in Washington, D.C. including the U.S. Capitol, The White House, National Mall, and along the Inaugural Parade route and at the Inaugural Balls. CNN’s coverage of Inauguration Day will be streamed live in its entirety to CNN.com’s homepage and across mobile devices via CNN’s apps for iOS and Android, starting at 6 a.m. ET on Inauguration Day running through 6 a.m. on Saturday, Jan. 21.

On the morning of the Inauguration, coverage kicks off on MSNBC with a special four-hour edition of “Morning Joe” live from The Dubliner pub in Washington, D.C. from 6 – 10 a.m. ET. NBC News and MSNBC journalists and reporters will continue coverage from throughout our nation’s capital, including Andrea Mitchell, Hallie Jackson, Kristen Welker, Kasie Hunt, Katy Tur, Kelly O’Donnell and Chris Jansing. Al Roker, Tamron Hall, Kate Snow, Peter Alexander, and Craig Melvin will all be along the Pennsylvania Avenue parade route as well.

Special coverage will stream live on NBCNews.com beginning at 10 a.m. ET. The live stream will also be available on NBC News apps and OTT platforms.

From 6:00 a.m. to 10:00 am., Morning Express w/ Robin Meade will have live coverage as Meade broadcasts from the CNN Washington bureau. Lynn Smith will start hosting at 11:00 from CNN’s headquarters in Atlanta.

No TV? No problem.

Beyond the online coverage offered by the networks above, Mediaite will embed various streams and be featuring clips of Inauguration Day’s top moments. For other online coverage, the White House’s website will be offering streaming on its website.

The Washington Post and C-SPAN have partnered with YouTube for special broadcasts from their channels on the platform and The Young Turks will be streaming for 12 hours tomorrow across YouTube, Facebook, and Twitter, where they’ll be using Periscope 360 to show the proceedings from every possible angle.

Watch below, via NBC.