Google Maps Is Letting You Play Ms. Pac-Man in the Street Right Now 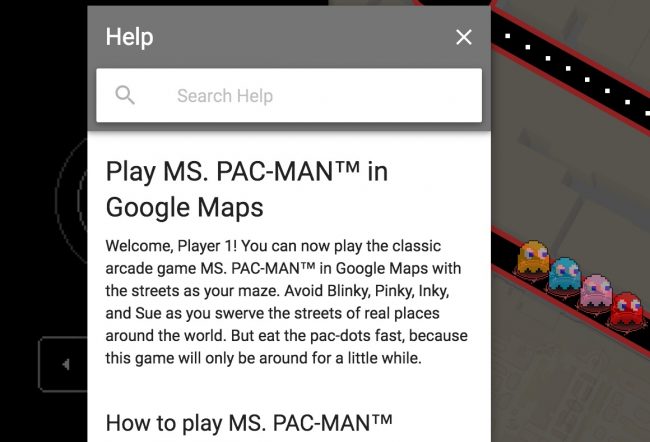 Get out your phone and open Google Maps!

Look! You can press on a little button that looks like Ms. Pac-Man and play, well, Ms. Pac-Man!

Thank Google for this updated version of their 2015 April Fools’ Day prank, which transports Android users to a random location but does allow iPhone and desktop users to pick one. (Can you blame them for reusing an old idea when last year’s Google prank went so badly?)

Google Maps lets you play PacMan in the location of any city/town you want right now… pic.twitter.com/NYmRaKMRXo