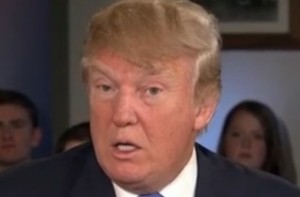 The GOP backlash against Donald Trump is heating up.

Some six dozen Republican members of the intelligence and foreign policy communities signed an open letter published Wednesday criticizing Trump as “fundamentally dishonest” and “utterly unfitted” to be commander-in-chief.

The letter’s authors conclude that, based on his own wildly erratic and uninformed remarks, a President Trump would “make America less safe” and “diminish our standing in the world.”

The letter eviscerates several of Trump’s now-familiar talking points, including the notion that somehow his business prowess will translate into success in foreign policy. “Not all lethal conflicts can be resolved as a real estate deal might,” the letter’s authors write, “and there is no recourse to bankruptcy court in international affairs.”

They add that Trump exhibits a “vision of American influence and power in the world is wildly inconsistent and unmoored in principle,” they write, observing that his “advocacy for aggressively waging trade wars is a recipe for economic disaster in a globally connected world.”

They call his embrace of torture “inexcusable.”

Trump’s reckless policies would endanger our relationships with our allies, to wit: Mexico, for which he has demonstrated undisguised “contempt” and basic lack of understanding; and Japan, whom he has treated with the indelicacy of a “racketeer, not the leader of the alliances that have served us so well since World War II.”

“His admiration for foreign dictators such as Vladimir Putin is unacceptable for the leader of the world’s greatest democracy,” they write.

Bryan McGrath, former naval adviser to Mitt Romney‘s 2012 presidential campaign, currently a defense consultant, and one of the organizers of the letter’s publication, told the Post that the letter was emphatically not an endorsement of Hillary Clinton. “The only implication here is that we’re not going to support Donald Trump,” he said.

“We commit ourselves to working energetically to prevent [his] election,” the letter concludes.

The letter was published on War on the Rocks, a forum which examines “foreign policy and national security issues through a realist lens,” according to the site. It was posted just one day before Romney gave a speech condemning the GOP frontrunner as unfit to lead, similarly criticizing his dangerously flimsy grasp of foreign affairs. In a statement issued Thursday, John McCain concurred with Romney’s speech and with the open letter, citing Trump’s “uninformed and indeed dangerous statements on national security issues.”