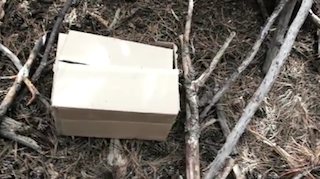 There’s always been a vaguely conservative streak in modern horror films. For instance, the preeminent sub-genre of recent decades, the slasher film, has frequently featured the “punishing” of young people for their sexual proclivities (the babysitter and her boyfriend get it on, a man with a knife hacks them up). However, at least the kids in those movies got to have actual sex…with another person. That doesn’t seem to be the case in a new film that takes the “socially conservative horror” idea to its logical conclusion. In other words, here’s a Christian horror film about ghosts attacking people who jerk it to porn!

“Sort of”? That is an incredibly conversational official description. I guess these are cool, casual religious people?

Besides, the trailer looks kind of fun. They’re clearly working with the “Christian Rock Music Technique.” That’s where you make it impossible to know that you’re not getting the real thing unless you listen closely to the words.

Watch the trailer below. But be warned. After seeing it, you’ll die in seven days. I’m assuming.