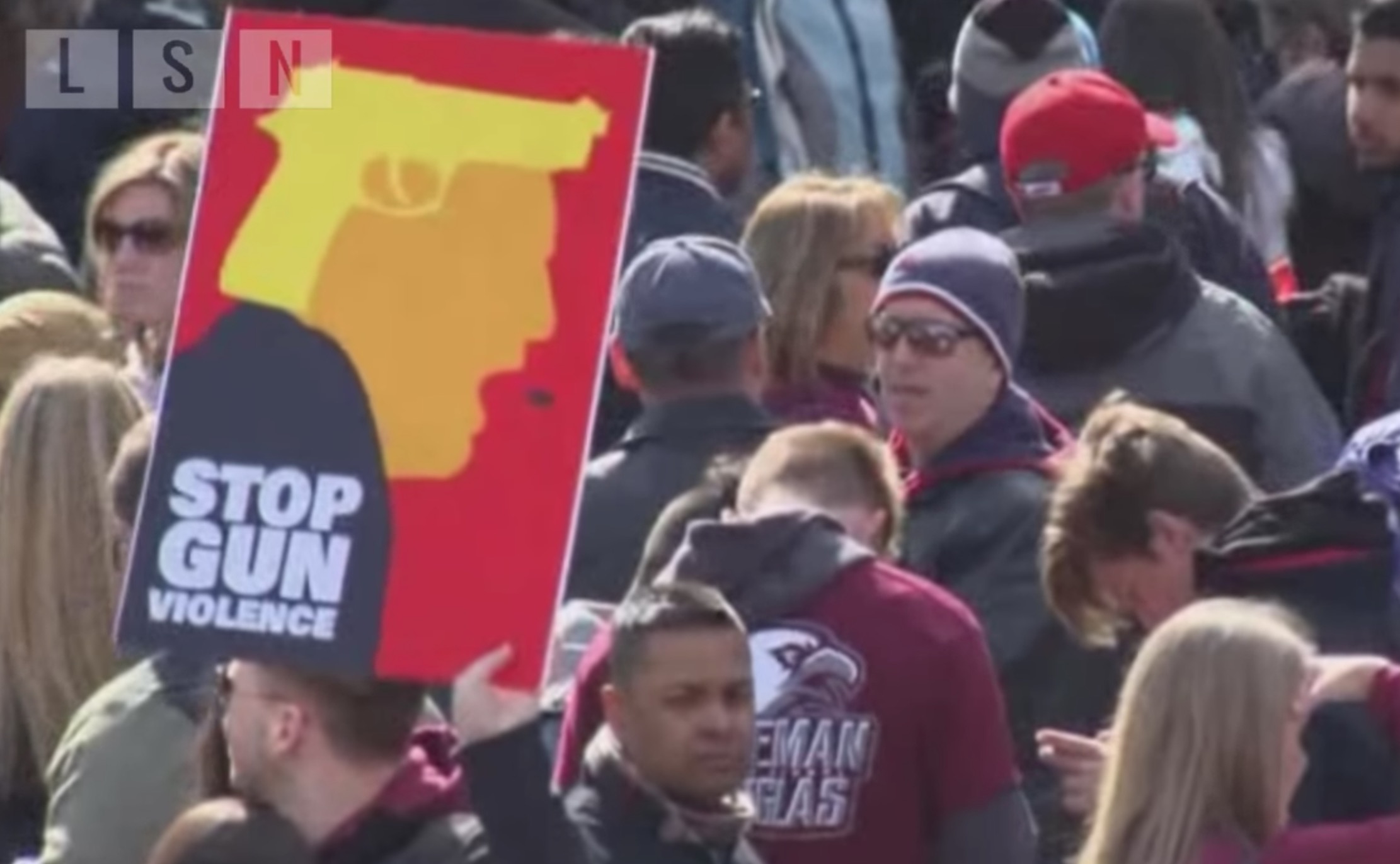 Millions took to the streets of major American cities on Saturday for the March For Our Lives, a nationwide protest organized by the Parkland, Florida students whose high school was the site of last month’s mass shooting.

The mass protests against gun violence come as the students of Marjorie Stoneman Douglas High School have emerged as prominent critics of U.S. lawmakers’ inability to pass gun control measures.

The nationwide march — which you can follow on livestream here — provided plenty of thought-inducing, witty and powerful signs. Here are the best:

A woman just walked up to this young girl and asked about her sign. “There was a shooting at my high school this week,” she said. #MarchForOurLives pic.twitter.com/7I9IaJFosx

Listen to the youth. #MarchForOurLives pic.twitter.com/jprvl6iTD3

“There are better ways to reduce class size” pic.twitter.com/bzSpLO44eI

Possible contender for my fave sign of the day from Erica.

She made it at 1am last night, she said laughing! #marchforourlives pic.twitter.com/6ls8lU0MOC

This is one of the most common signs at the NYC march (which is still going on, and on, and on) pic.twitter.com/fkt3VtpFma

The Juul advocates were also out in force:

Two Andover teens tell me it doesn’t make sense the age to buy a gun is lower than the age to buy e-cigarettes in some Massachusetts towns #MarchForOurLives pic.twitter.com/waHMmrpcrP

And it wouldn’t be a teen protest in 2018 without plenty of memes:

I apologize for mostly providing updates on meme signs at the march but I thought you should know pic.twitter.com/cq5axh1kRu

I walked up as she was explaining the reference to an older gentleman pic.twitter.com/KPyxmFsCAE

Wouldn’t be a teen protest without memes. Spotted at #MarchForOurLives in Boston pic.twitter.com/RPppglLIlI

The teens are good at the memes pic.twitter.com/xuip9mGxdJ

Lot of great signs today but this throwback is my favorite. pic.twitter.com/CuLeUKPxPz