Here’s how Charlie Sheen Has Been Trolling The Indians, Who Denied Him a Chance to Throw First Pitch
video

Here’s how Charlie Sheen Has Been Trolling The Indians, Who Denied Him a Chance to Throw First Pitch 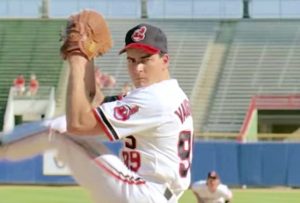 Last week, we told you about the social media lobby to have Major League star Charlie Sheen throw out the first pitch prior to a Cleveland Indians World Series home game. The actor, who starred in the film as Cleveland Indians hard-throwing righty Rick “Wild Thing” Vaughn,” was denied the opportunity by the Indians, who have instead chosen actual former players for the honor.

Sheen was not happy about it. First, he tried a more direct plea to get the Indians to change their mind, by Tweeting out a video of himself in full Wild Thing costume, which he concludes by saying, “Go Tribe.”

Then, during last night’s Game 6, with the Cubs having taken a six run lead, Sheen attributed Cleveland’s bad performance to karma for not inviting him.

who ever is
idiotically guilty of
preventing me from
throwing out the 1st pitch,
in any of these home gms,
well,
jus sayin.
©99
(7-1 top 5) pic.twitter.com/eOPCKGgEwd

But early Wednesday morning, Sheen fired off a cryptic Tweet that suggests the Indians may have reversed course:

My bag is packed,
and help is on the way!!

TMZ reports that the Indians are not the ones behind this last-minute trip. Instead, two local business owners arranged for a private jet to take Sheen to Cleveland. They’re also looking to get him a seat right behind the Cleveland dugout.

Who knows? Maybe the Wild Thing will get the bullpen call after all. And if he does, we can only offer this bit of sage advice:

Give ‘im the heater, Ricky.