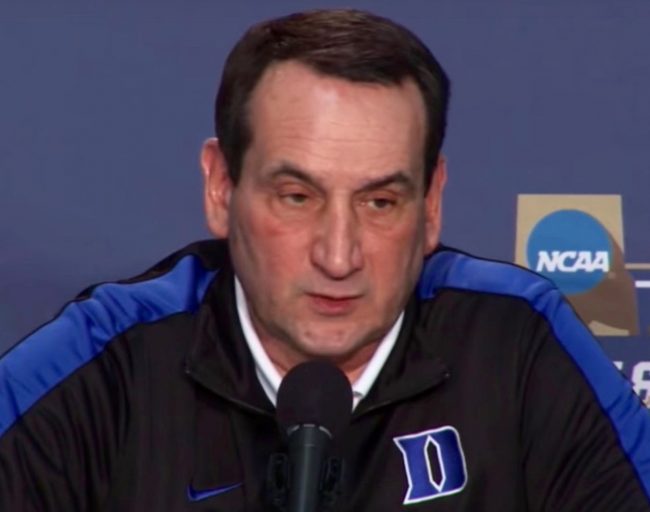 After a relatively formful first two days, there were a few surprising upsets over the weekend in the big dance. But perhaps none were more stunning than Duke’s loss to South Carolina on Sunday night. After winning the ACC Tournament last week, Duke became the favorites to win the National Championship. But South Carolina pulled off the Second Round shocker, defeating the Blue Devils 88-81.

The game was played in Greenville, SC, slightly more than an hour’s drive away from South Carolina’s campus in Columbia. And the reason it was played there was because the NCAA moved it from Greensboro, NC because of North Carolina’s HB2 law (the “bathroom bill”), which requires transgender persons to use the bathroom corresponding to the gender on their birth certificate.

The law is viewed by many as being anti-LGBT, and the NCAA moved this weekend’s games out of the state in order to show their opposition to the law.

Greensboro is appoximately 45 minutes away from Duke’s campus, which means that Sunday night’s contest would’ve basically been a home game for Duke had it remained in Greensboro. Instead, it became a road game.

Some irate Duke fans took to Twitter following the game last night to blame HB2, and North Carolina Governor Pat McCrory, for their team’s defeat. Here’s a sampling of the reaction:

Duke got to blame Pat McCrory for this loss…This game probably would have been in Greensboro but nope.

Seriously. Duke played an away game literally because of Pat McCrory. I couldn’t hate that man any more. https://t.co/P2FCMG9XpY

And I thought I hated the HB2 law in N. Carolina before – Duke shouldn’t have had to play in SC. Should’ve been in Greensboro. #DukeNation

South Carolina outplayed us but we shouldnt have had to play them in the first place. Thanks selection committee and HB2.

So unfair Duke not allowed to play in Raleigh, Charlotte or Greensboro. Thank you NC legislature #HB2

Duke played in hostile Greenville, SC instead of favorable Greensboro, NC … because of HB2. Thanks dumbass Pat McCrory.