Hillary Clinton Awkwardly Shouts Her Way Through Speech: ‘Why Aren’t I 50 Points Ahead?!’ 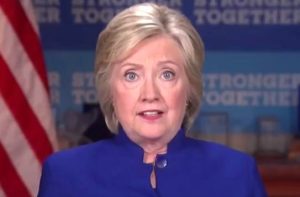 Hillary Clinton addressed the Laborers’ International Union of North America Wednesday via teleconference, in a clip that surfaced online Thursday. But despite sitting in a dark room by herself, Clinton maintained the volume and tone she might use for a packed campaign rally. The result was… well, see for yourself.

“Now having said all this, why aren’t I 50 points ahead, you might ask,” she shouted in one particular animated moment. “Well, the choice for working families has never been clearer.”

The social media reaction (especially from conservatives) was immediate and harsh. “Hillary Clinton forgets to use her inside voice during labor union speech,” snarked The Week. The most common comparison was to Will Ferrell‘s Saturday Night Live character who suffered from Voice Immodulation Disorder.

People say it’s sexist to call Hillary Clinton “shrill,” but this is the absolute textbook definition of the word. https://t.co/IK30H0QRVS

evidently any criticism I make will be deemed sexist so let me just say oy my God what the hell is going on here https://t.co/Cu1AzZennT

There are two settings on the @HillaryClinton switch: Sleepwalk and I AM YELLING AT YOU NOW https://t.co/BCdstW8hk2

She deserves to lose. There’s no way around it. https://t.co/gnVZIDuN4P

I have literally never seen a performance this bad by any candidate anywhere, ever. If I’m Trump, I’m putting this on TV. https://t.co/lW8JkusvE2

With performances like these, I can't understand at all why her staff are terrified to let her loose on the trail. https://t.co/QzjCD3LGDL

Even U.S. Nebraska Senator Ben Sasse got in on the fun.