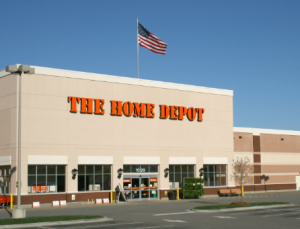 Is there some rule out there we don’t know about that states that founders of major DIY retail chains have to get involved in politics eventually? We saw that the people behind Hobby Lobby were all too eager to jump out of their lane (craft supplies) when the moment arose, and now and it is becoming clear that they learned by watching the founder of Home Depot, who just can’t stay out of the political arena (made in part, presumably, with Premium Birrill Fir Studs).

Bernie Marcus wrote a piece for Real Clear Politics to announce that he is supporting Donald Trump. Granted, he is a home improvement store founder, so no one really asked him, but he did it, we have it, and we are moving forward with the new information now. If someone were to ask me, I’d say he’s just doing the same thing people speculated Ben Carson and Chris Christie might have been doing when they came out in favor of Trump. In the same way there were rumors that Carson and Christie were simply gunning for a chance at being vice president or getting into Trump’s cabinet, I think Marcus just wants to make sure that if Trump gets the presidency, Home Depot becomes the Official Sponsor of the Mexico-America Wall.

Anyway, asking yourself what Marcus’ reasoning is? Here are a few snippets.

A plug for the American Dream/Home Depot came first:

Next came a just-because sort of attack on media and academia:

Politicians like Obama and Clinton, aided by the media and academia, have peddled a dangerous sentiment that government can provide for Americans better than the private sector.

That shade on media and academia came amidst glorification of the job creation inherent in the founding of small businesses. Note that Marcus took time to praise his employees who have been able to get wealthy without college degrees, but in one quick statement, took a swipe at everyone who works at a university, lab, library, newspaper, television station, etc. So, are jobs really the main focus here at all?

He concluded by targeting the #NeverTrump Republicans:

As a GOP donor who stood steadfastly behind Jeb Bush – and who has contributed to candidates for a generation – I urge all Republicans to stand up and be counted in support for Donald Trump.

In time, we will surely learn the political inclinations of every founder, mogul, and, in Marcus’ words, “young [man willing] to shag carts from a parking lot because he has faith that he and his family can be great.” Marcus is just one of the first of many this election season.

In conclusion, make repainting your living room for the ninth time because you’re so bored and lonely that it physically hurts and maybe a sea-foam green accent wall will fill the void your ex-girlfriend left great again or something.