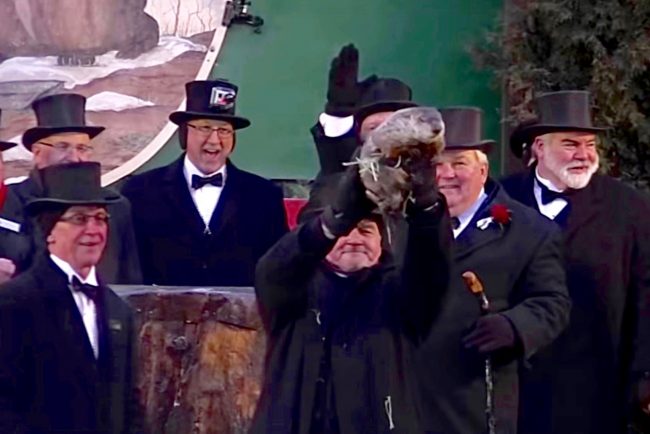 The stars will be out Sunday night in Houston for Super Bowl LI. Whether it’s notables from the gridiron such as; Tom Brady, Matt Ryan, and Julio Jones, or headliners from the world of entertainment like halftime performer Lady Gaga, or National Anthem singer Luke Bryan, there will be a host of talent on display for fans to enjoy.

But if local hotel rates are any indication, people are more excited this week to see a rodent.

According to a report by the Pittsburgh Tribune-Review, a spokesman for the hotel search website Trivago says that hotels are, on average, going for approximately $100 more in Punxatawney, PA prior to Groundhog Day than they are in Houston prior to Super Bowl LI.

Of course, the comparison is not entirely fair.

“There just aren’t many hotels in Punxsutawney to meet the demand, whereas Houston is better equipped to handle the large inflow of people,” said Trivago spokesman Joe Baur. “In locations such as Punxsutawney, a dramatic increase in hotel rates is not out of the ordinary, especially for large, popular events. When there is increased demand for accommodation for a special event, accommodation prices generally rise as a result.”

Still, there are other indications that this Super Bowl hasn’t exactly captured the public’s imagination. CBS Sports reports that the average ticket price for the game has plummeted from more than $6,000 in early January to approximately $3,000 today.