George H. W. Bush Will Perform the Coin Toss at the Super Bowl

George H. W. Bush Will Perform the Coin Toss at the Super Bowl 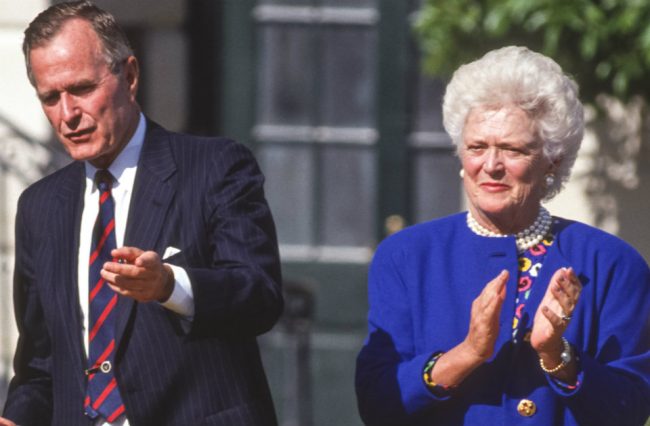 Days after leaving the hospital for treatment of pneumonia, it was announced that former President George H. W. Bush and his wife Barbara will be at Super Bowl 51 this Sunday to perform the ceremonial coin toss.

The game is taking place in the Bushes hometown of Houston and Mrs. Bush referenced the need for them both to be at the championship contest when both were laid up in the hospital. (Barbara Bush was treated for bronchitis while hr husband was in intensive care for his illness.)

A hospitalized Barbara Bush just told her doctors 'you need to get us out of here and tuned up.. we've got to host that Super Bowl ' #SB51

The ex-POTUS and First Lady are both in their 90s and there was quite a bit of concern when they were hospitalized, so this news was understandably greeted with joy on social media.

Agreed. Very cool! And great news that @GeorgeHWBush and Mrs Bush can be there to do it! https://t.co/QcTrsEk331

So great that @GeorgeHWBush and Mrs Bush will be tossing the coin at this weekends Super Bowl game. #Texas