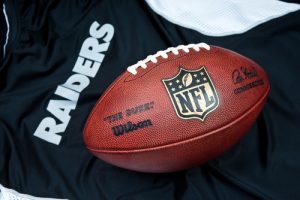 This week’s edition of Thursday Night Football is a dandy, as the 10-2 Oakland Raiders travel to Kansas City for an AFC West showdown with the 9-3 Chiefs.

The Raiders enter the pivotal contest as winners of six straight. They’ve done it largely on the strength of their potent offense, led by elite third-year quarterback Derek Carr. The Silver and Black have put up at least 27 points in each of the last six games. That kind of offensive output gives the Raiders a significant chance to play deep into January, and perhaps even February.

But the last team to have success against the Raider offense was Kansas City, which held the Silver and Black to just 10 points on Oct. 16 in a 27-10 victory. If they can duplicate that performance on Thursday night, the Chiefs would move into first place by virtue of the head-to-head tiebreaker. Conversely, the Raiders could pull two games ahead if they were to win, all but locking up the division and a pivotal first round playoff bye.