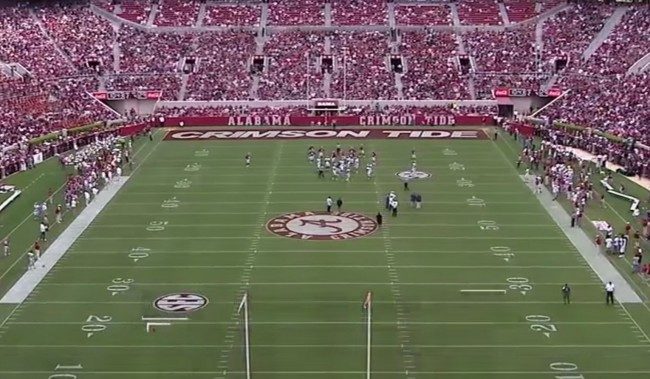 The College Football Playoff Semifinal doubleheader concludes with a rematch of last year’s thrilling championship game. It’s defending champion Clemson taking on the team they bested last year, Alabama, with a spot in the title game on the line.

Clemson is back atop the college football rankings despite the fact that star quarterback Deshaun Watson graduated after last season. His replacement, Kelly Bryant, has been up to the task — leading a strong Tigers offense throughout the season. As a result, coach Dabo Swinney‘s team stands just two victories away from back-to-back championships.

On the opposite sideline, Alabama coach Nick Saban is looking for his sixth National title. And the Crimson Tide are looking to exact some revenge after losing on the final play in last season’s matchup. Alabama is somewhat fortunate to have made the playoff — considering they lost the Iron Bowl to Auburn, their final game of the regular season. But despite the pleas from Ohio State fans, a one-loss Alabama squad was certain to make the field this year. Now, can they capitalize?

Kickoff for the game is 8:30 p.m. ET. Joe Tessitore and Todd Blackledge will call the action. The game will air live on ESPN. It will also be streamed online, via WatchESPN, free with a cable subscription. The Watch ESPN app can be downloaded from Apple’s iTunes Store, and the Google Play store.