A gay Ohio student was punched in the face by a man who didn’t like that he was kissing his boyfriend. Later he posted a defiant message on Twitter that has been getting attention all over the world. It currently has 27k retweets and counting.

Cole Ledford shared both the following photo and message on Thursday: 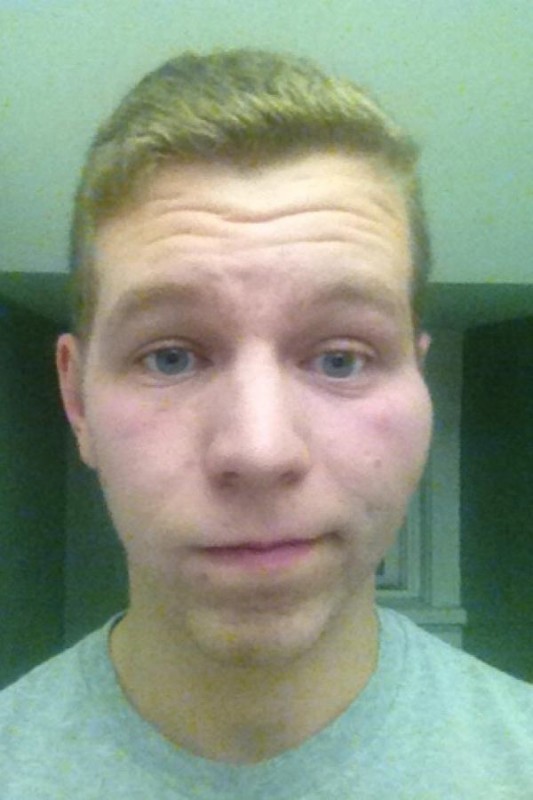 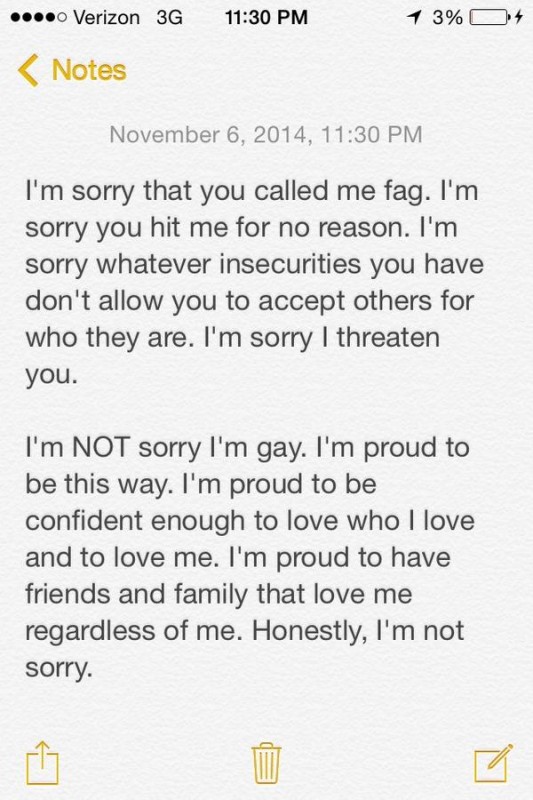 Ledford’s tweet blew up all over the web, and he got lots of well-wishes:

@ColeLedford11 sorry about the black eye. You're a good man. And your message is beautiful. Keep on snoggin' #LoveIsLouder

@ColeLedford11 If it makes you feel better, most people will be on your side. People are growing tired of bigots

Turns out inspirations appear at the most random times. @ColeLedford11 is such an inspiration. He's a #LGBT overnight-leader.

@ColeLedford11 Your story broke my heart! I am SO very sorry that you were attacked. You are an inspiration! #LGBT @HRC @GLAAD @lgbtqnation

@ColeLedford11 Hi Cole, I couldn't be more proud of a fellow human being than I am of you!! Best of all that life can offer to you!!

Ledford sent out a few subsequent tweets thanking people for their support:

If what happened to me makes you want to make a difference please consider donating to the @HRC and help their fight https://t.co/XgTH5BmPuQ

We have gotten tweets from Brazil, Singapore, England, Japan and every part of the world. I am humbled and so thankful for all your support!

Thank you for helping me navigate this whole situation and for being such an amazing boyfriend! @JeradWilliams2 pic.twitter.com/CR2h8raRiU