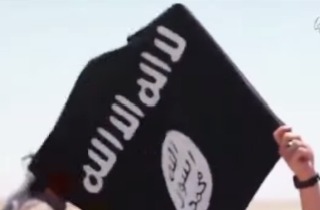 According to the Associated Press, Iraqi Prime Minister Haider al-Abadi says his country’s intelligence services have uncovered a plot by ISIS fighters to bomb subways in the U.S. and in France.

Al-Abadi said the attacks are imminent and have not yet been thwarted. He reportedly gave the remarks to journalists in a side meeting at the United Nations General Assembly.

Earlier this week, the U.S. began bombing ISIS in Syria as part of a coalition effort.

Sky News is now reporting that the U.S. has “no evidence” to back up al-Abadi’s claims.

The AP has amended its original story, and is now reporting that al-Abadi said he was “not sure” if the attacks were imminent. He also said the ISIS fighters are foreigners who are using Iraq simply as a location to plan the attacks.

“Today, while I’m here I’m receiving accurate reports from Baghdad that there were arrests of a few elements and there were networks from inside Iraq to have attacks … on metros of Paris and U.S. They are not Iraqis. Some of them are French, some of them are Americans. But they are in Iraq.”