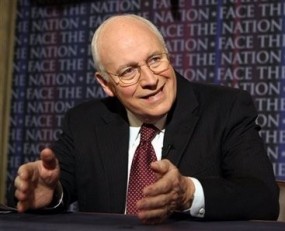 Notoriously secretive former VP Dick Cheney may find his face blasted over all of the cable networks all over again, thanks to a recent ruling by a federal judge. The judge, Emmet Sullivan of the U.S. District Court for the District of Columbia, ruled, over the Justice Department’s objections, that records including FBI reports, notes, and interviews with Cheney associated with the investigation of the Valerie Plame leak will have to be made public under the Freedom of Information Act. Here’s why cable news producers must be licking their chops:

During Cheney’s time in office, he was almost theatrically dismissive of public opinion; Barton Gellman’s excellent book on the Cheney vice presidency, Angler, describes him as “the ultimate staffer,” always focusing on his policy preferences over consensus. This is what makes him such an easy political villain. A May 2009 CNN Poll found that only 37 percent of Americans have favorable opinions of Cheney, and even among conservatives, his numbers aren’t high.

And Plamegate records are about as juicy an anti-Cheney treat as a hungry cable producer could hope for. Whereas some of the other controversial moves from the Cheney wing of the White House — broadening the executive branch’s authority to torture terror suspects, or expanding domestic surveillance — are arguably defensible on the grounds of national security, leaking the name of an undercover CIA officer for what seemed to be reasons of spite is indefensible, and could give cable talking heads a chance to thunder accusingly at the ghosts of the Bush administration.

But a Cheney-driven cable news cycle wouldn’t even need to be too rigorously based on substance.

>>>NEXT: What would it be based on then, pray tell?