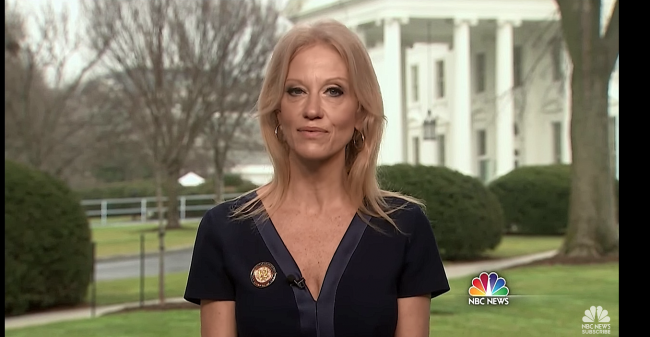 A dedicated Twitter account called @KellyanneLeaks tweeted Conway’s alleged comments in real time throughout the night through an eyewitness as she supposedly went after Chief of Staff Reince Priebus, legislative affairs director Marc Short, and a host of other White House insiders.

In one tweet, the alleged eye-witness claimed to overhear Conway saying that Trump instructed her to say ‘Jim Comey is going to have to wait and see about the tapes”, adding, “I chose to convert that to no comment”.

She said Trump told her to say “Jim Comey will have to wait and see about the tapes”; she added “I chose to convert that to ‘no comment'” 3/

While the alleged leaks have not been officially confirmed, Politico reports it was able to confirm the conversations took place, via two sources.

White House Press Secretary Sean Spicer disputed the claims made by the Twitter account regarding Conways’s alleged comments. Spicer told Politico that Conway was merely mocking reporters, not Priebus or her colleagues in the Trump administration.