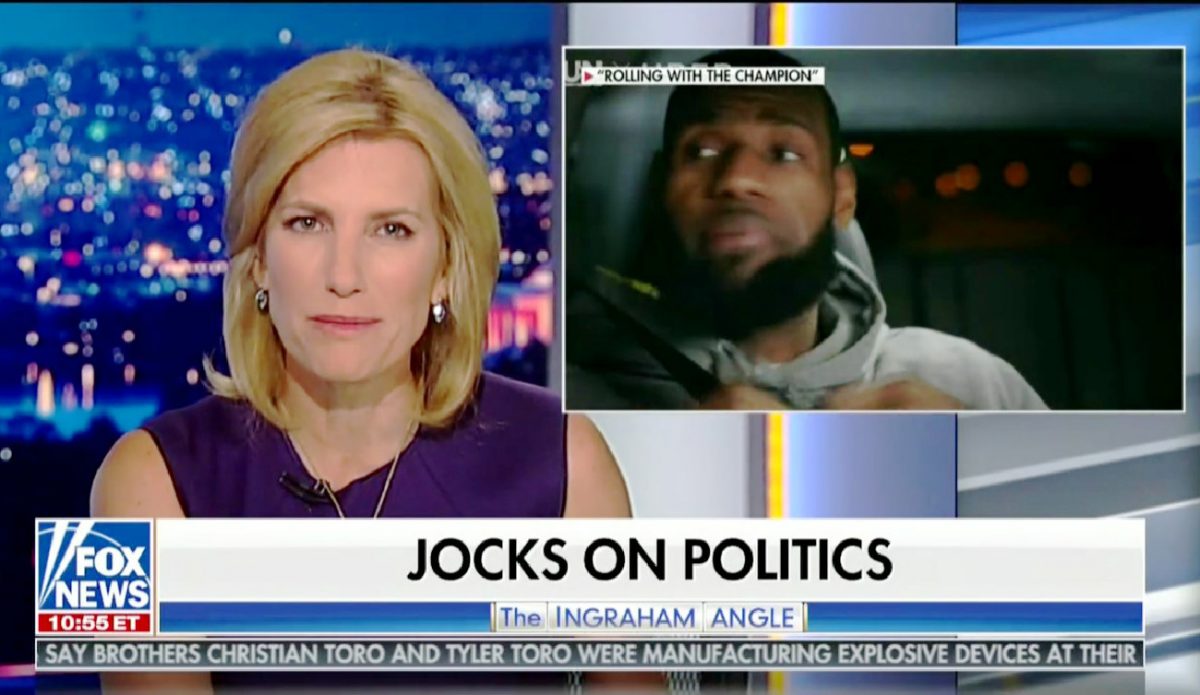 Fox News’ Laura Ingraham has responded in a statement after she came under serious criticism for her remarks last night on LeBron James.

Ingraham, to recap, mocked James for recent comments he made about politics and President Trump.

She said, “Millions elected Trump to be their coach. Keep the political commentary to yourself or, as someone once said, shut up and dribble.”

Ingraham got a lot of blowback over this, including from Dwyane Wade and Chris Long.

Mediaite has received the following statement from Ingraham defending her remarks:

Oh, and if you were wondering if Ingraham was going to talk about James again tonight…