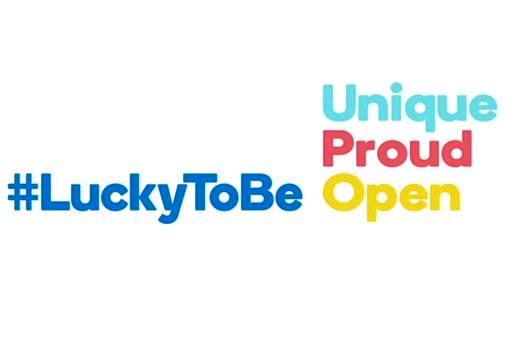 With all of the conservative whining about being called “bigots” just because they “believe in traditional marriage”*, it’s refreshing to receive helpful reminders about what the anti-gay right really stands for. On the heels of last week’s landmark Supreme Court rulings on marriage equality, General Mills announced that Lucky Charms Cereal would be “celebrating Pride month with whimsical delight, magical charms, and two new rainbow marshmallows,” a bid for inclusion that was met with derision by conservatives.

*and want the government to force that belief on others, but only gay others, not straight others who want to get divorced. Traditional Marriage™ refers only to traditions from the Bible, but not the parts of the Bible that contain weirdnesses like 700 wives and incest. Do not take Traditional Marriage™ if you are on blood thinners.

General Mills announced their campaign via a press release to GLAAD, and a Charm-ing video ad pegged to a social media campaign:

“We value diversity. We value inclusion. We always have … and we always will,” said Ken Charles, vice president of global diversity and inclusion for General Mills. “We’re proud of our workplace, and we’re proud to be a leader for diversity and inclusion in our community. For decades, General Mills has worked to create an inclusive culture that welcomes and values the contributions of all.”

By inclusion, Charles even means the millions of straight marrieds, and unmarrieds, who support marriage equality, and a safe world for adults and children of all kinds. That kind of inclusiveness can only mean one thing: Lucky Charms is trying to buttsex your children. From gay-porn-star-name-generator victim Rod Dreher of The American Conservative:

Your children’s breakfast cereal is now gay. Just so you know.

Your children’s breakfast cereal is now gay. I don’t think that’s a sentence anybody not a comedy writer ever imagined penning.

What’s next? Snap, Crackle, and Poppers?

Poppers is a reference to amyl nitrate, a recreational drug used as an aphrodisiac. Does that mean that Chick-Fil-A should start selling undercooked sandwiches, in order to encourage kids to hit it raw?

Other conservative blogs declared Lucky Charms to be the “Official Gay Cereal,” and the scolds over at Newsbusters took the opportunity to name and shame other gay-friendly companies, and to suggest a new slogan for Lucky Charms:

General Mills’ pandering to the ever-more-popular gay crowd makes economic sense, given Rudolph’s reaction. After all, they don’t want to suffer the fate of Chick-Fil-A and get splattered with liberal media vitriol for supporting traditional marriage.

Then again, General Mills is joining a long line of big companies who have come out of the closet to play to the gays by supporting same-sex marriage, including Starbucks, Nabisco (Oreo), Macy’s, the Girl Scouts, and Target. After all, they’ve got the mass news media on their side, and that’s a pretty hefty marketing advantage.

So maybe, to continue to “celebrate” this push in favor of all-things-gay. Lucky Charms should add L, G, B, and T shapes to the cereal mix and change it’s catchphrase from “magically delicious” to “openly gay.”

Newsbusters, for its part, celebrated Pride Month by describing everyone and everything as “openly gay,” which is also how it celebrates every other month.

Conservatives seem to be laboring under a grave misunderstanding, which is shocking, I know. Celebrating the inclusion and equality of LGBT people in the human family doesn’t actually make you gay, any more than supporting supporting the civil rights movement makes you black, or supporting the New England Patriots makes you a cheater. I support marriage equality, the Employment Non-Discrimination Act, and LGBT-inclusive hate crimes legislation, but I am not gay. If I eat Lucky Charms, I might have a dangerous spike in my blood sugar, but it won’t make me gay.

Attempting to slur supporters of equality by association is not a new thing. Ask any white civil rights demonstrator what they were called, and they’ll bear that out. I support the right of people to believe as they wish, and agree with Lucky Charms that even they are #LuckyToBe Americans.