Man Takes Insane Selfie in the Ocean After Plane Crashes

“Selfie.” It’s a word many of us resolved not to use or care about in 2014, but special circumstances do apply, and one man whose plane crashed off the coast of Hawaii took perhaps one of the biggest and craziest selfies of all-time.

Last month a plane crashed off the coast of Molokai, one of the Hawaiian islands. Ferdinand Puentes described how he and his fellow passengers jumped out of the plane as it was plummeting and had an “eery image of the plane underwater.”

Puentes recently spoke out and released this selfie he took, with the plane in the background. 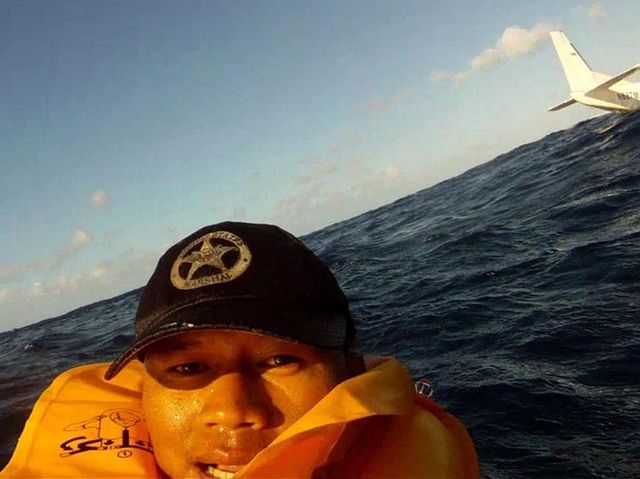 This was the same plane crash that resulted in the death of Loretta Fuddy, the woman who publicly released President Obama‘s long form birth certificate.

You can watch a news report on the incident below, via KHON2: