Megyn Kelly Blasts Colin Kaepernick for Decrying Iran Strike: ‘Because Everything is Racist’ 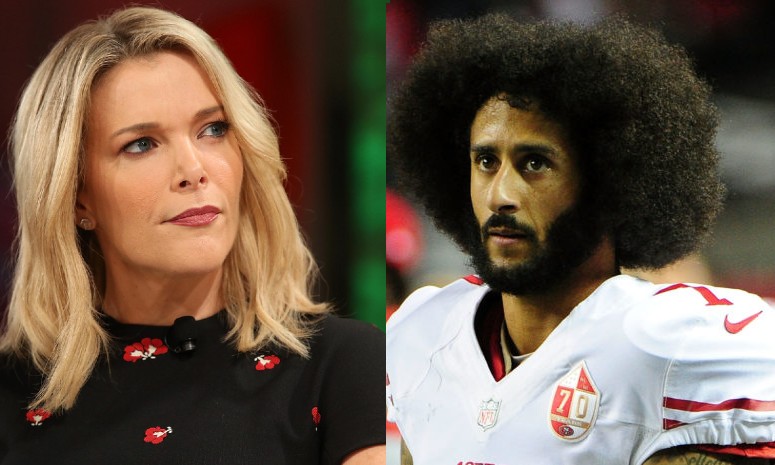 Former NFL quarterback Colin Kaepernick got blasted on social media after he said President Donald Trump’s strike against Iran was an “expansion of American imperialism.”

“There is nothing new about American terrorist attacks against Black and Brown people for the expansion of American imperialism,” Kaepernick said Saturday, apparently referring to the killing of Iranian military leader Qasem Soleimani.

There is nothing new about American terrorist attacks against Black and Brown people for the expansion of American imperialism.

America has always sanctioned and besieged Black and Brown bodies both at home and abroad. America militarism is the weapon wielded by American imperialism, to enforce its policing and plundering of the non white world.

A number of high profile personalities called out Kaepernick for his comments, with former Fox News and NBC personality Megyn Kelly being one of the biggest voices.

“Because everything is racist. Everything. Even fighting back against terrorists who kill Americans,” Kelly said.

Because everything is racist. Everything. Even fighting back against terrorists who kill Americans. Nike, feeling proud? https://t.co/sfc1Yz3phY

A number of other social media users also hit Kaepernick for his comments.

Making this about race is a good way to rile up the middle of the country in support of war. Woke capital comes to the rescue. https://t.co/Q2tMAIZU70

There are so, so, so many things wrong with this Tweet. https://t.co/zzbmiR0LlG

Crazy to think that someone who sides with a murderous Iranian regime is more likely to be endorsement by @Nike than someone who supports the President of the United States. https://t.co/elHypbvXTh

Speaking of imperialism, how are the sales of your sweatshop shoe? https://t.co/EBE6AKA7As

If you’re not a fan of terrorist attacks, wait till I tell you about a guy named Qasem Soleimani. https://t.co/mDIZrY11wt

We found a hands down winner for dumbest hot take! Tell em what they’ve won https://t.co/FSnOW19nNj

Tfw it’s wild card weekend and you don’t have anything to do but tweet at home—and not because your team has a bye.
H/t @bhweingarten https://t.co/c49bEbrUtX

If he were any denser, light would bend around him.https://t.co/Cn5AZpx0eM

Even more disturbing than this insane comment is the fact that tens of thousands of stupid people have liked it. (Along with the fact that this malicious moron continues to be feted by major corporations.) https://t.co/OMLXPBgu7k