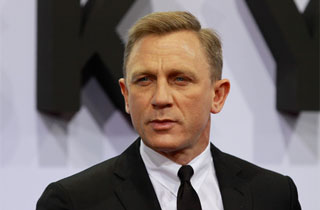 In the popular imagination, Mexico is a shady place where bad men make drugs happen. This is an image that naturally frustrates the Mexican government, since they want to portray their nation as a stable country where assassinations, kidnappings, and cartels do not happen. In an effort to clean up their image, their tourism bureau reportedly paid the producers of the upcoming James Bond films $20 million to rewrite their script, making it more Mexico-friendly.

A report from TaxAnalysts.com dug into the leaked Sony memos and discovered that the upcoming 007 film, Spectre, had run so far over budget that they needed to find tax incentives to drive down the cost of the $300 million film — “one of the most expensive films ever made,” Sony executives warned.

Executives asked the producers to negotiate tax exemptions and credits with Mexico’s film bureau, and in doing so, allegedly secured $20 million in rebates in order to film the four-minute scene opening scenein Mexico City. (That scene will reportedly cost $100 million to shoot. Yes, really.)

According to the memo, the producers had secured $14 million from the Mexican Film Commission, but in return allowed authorities “to make casting decisions, dictate characters’ ethnicities, and even change the occupation of an unnamed character that never appears on-screen or figures into the story outside of the opening scene.”

While it’s normal for film commissions to ask motion pictures to please make their countries not look bad, the report indicates that the Mexican government basically rewrote the entire scene. Spoiler alert!

To fill the role of Estrella, a woman whose hotel room Bond uses to begin his hunt for an assassin named Sciarra, the producers needed to cast a “known Mexican actress,” for instance, though Sciarra himself “cannot be Mexican,” the memo said.

Similarly, the governor of the Federal District, whom the assassin is targeting, needed to be replaced with an international leader instead, just as the notes call for the use of some sort of “special police force,” apparently in place of the Mexican police shown just moments into the film’s start.

Other e-mails suggest that all of those requirements were met through changes to the script: Bond’s pursuit of Sciarra during the Mexican “Day of the Dead” celebration replaced a cage match with no apparent geographical setting, it allowed for the addition of a role for a Mexican actress, an ambassador replaced the governor as Sciarra’s target, and the most recent script calls for that scene to end with Bond stealing Sciarra’s helicopter and “taking off into the Mexican skyline.”

To recap: Mexico wants to be known as a place where hot women live, politicians don’t get assassinated, and the police are competent and incorruptible enough to be depicted as a “special force”. Considering Mexican politicians have been gruesomely murdered in the past, and the Mexican police is notoriously corrupt, this is a slightly problematic rewrite. (As for the Bond Girl stuff, that’s fair: every country wants to be known for its hot women.)

As for the rest of the money, the reports indicate that Sony threw in a few aerial shots of the Mexico City skyline and received $6 million in return. Which means we should all invest in drones.