Michael Savage: Zimmerman ‘Made A Racist Statement,’ Jury Must ‘Find This Man Guilty’ 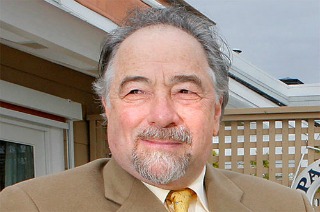 Conservative radio host Michael Savage told his audience on Tuesday that the 911 call made by George Zimmerman on the night he shot and killed Florida teen Trayvon Martin proves that he should not be acquitted. Further, Savage said that the state of readiness of Zimmerman’s firearm shows that he intended to cause harm that night and proves an element of criminal carelessness. Based on his analysis, the radio host declared that the jury must find Zimmerman guilty.

“I’m about to break an analysis that no one yet in the media has done, as you would expect from me — being the senior member of the American media and possibly the most insightful,” Savage said.

“White people generally think Zimmerman is innocent, except for liberals who are sure he is guilty; black people probably to the 99th percentile are sure Zimmerman’s a murderer. So where does Michael Savage fit in? I’m an independent observer and I call them as I see them,” the conservative host continued. “I think Zimmerman committed what he’s being charged with: manslaughter. He didn’t intend to kill him, but he may as well have intended to kill him.”

Savage said that the Kel Tec 9mm handgun Zimmerman carried did not have the safety applied and had a bullet in the chamber, suggesting that Zimmerman was prepared to shoot someone that night.

“Had he not chambered a round prior to meeting Trayvon, and had he not taken the safety off — even if Trayvon, during the altercation even if Trayvon had tried to grab the gun away from Zimmerman — had that gun not been chambered with a round and safety off, Trayvon Martin would have had to use two hands. You can’t do it with one hand,” Savage asserted.

“Because Zimmerman carried a loaded weapon with the safety off, Trayvon Martin is dead,” he continued. “Therefore, the responsibility is in the hands of Zimmerman.”

Finally, Savage claims that it sounds to him like Zimmerman said a racist slur under his breath as he spoke with the 911 operator. “And I’m afraid that the fact that he has this racist statement — made this racist statement on the 911 call — and that he was carry a loaded gun with a bullet in the chamber and the safety off, you have to find this man guilty of second-degree manslaughter is my opinion,” Savage declared. “Something’s wrong with this whole story.”

Listen to the clip below via The Michael Savage Show: