Milo Yiannopoulos Will Be Keynote Speaker at CPAC

Milo Yiannopoulos Will Be Keynote Speaker at CPAC 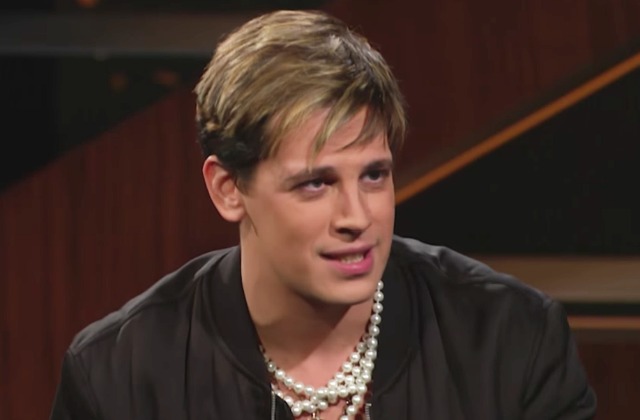 Fresh off his much-talked-about interview with Bill Maher (and fight with Maher’s other guests), Breitbart’s Milo Yiannopoulos has been slated as a keynote speaker at the Conservative Political Action Conference (CPAC) later this month.

The Hollywood Reporter broke the news earlier and the head of the American Conservative Union confirmed it on Twitter:

Yiannopoulos told THR that he will speak on topics like “experiences in America battling feminists, Black Lives Matter, the media, professors and the entertainment industry.”

UPDATE –– 3:07 pm ET: The Washingtonian‘s Elaina Plott is reporting this afternoon that some ACU board members were completely blindsided by the announcement:

New: I'm told several ACU board members blindsided by Milo keynote decision. "We were never consulted until after the invite," one mbr says.

Board member tells me to expect a press release nxt wk from some "distancing" themselves from decision. "This was all discovered by chance."

"If I hadn't been in the offices and asked questions, would never have had any clue," board member continues. "I threw a hissy fit."

Wow: Reached by phone, another board member, when told of Milo's pick, said: "What? I have no idea what you're talking about."

ACU board member tells me, re: Milo, there's been "no email, no consultation. There hasn't been a board meeting in six months."