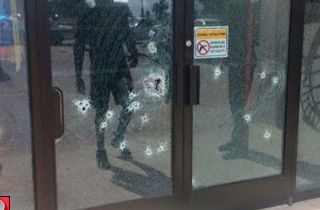 In the weeks following the Chattanooga Shooting, rumors have circulated about whether the military personnel who fired back at Mohammod Youssef Abdulazeez could face charges for firing a gun on federal property. The Navy responded to those reports on Monday, saying that the stories were false and investigations are still ongoing.

Many of the rumors began when former representative Allen West expressed his outrage in a blog about how he heard that Chattanooga personnel were being charged for defending themselves. Various media sources and figures have spread these reports across the Internet, including Jim Webb in a recent tweet:

Navy charging LCDR Tim White w/ a crime for trying to defend our sailors & Marines in #Chattanooga? He deserves a medal, not an indictment.

Officials have previously said that Lt. Cmdr Timothy White could have been charged on the grounds that his shots contributed to the chaos of the attack, but such charges would be “extremely unlikely.” Lt. Tim Hawkins said on Monday that the Navy is continuing to cooperate with the FBI, but reiterated that “there’s a long way to go in reviewing all the facts of this case.”

You can see the Navy’s response here:

U.S. Navy Is it true that the United States Navy is bringing charges against Lt. Cmdr Timothy White for illegally discharging a firearm on federal property?